Film: Also aka Un Delitto Poco Comune. What do you get if you take two of the writers of The New York Ripper, team them up with the director of Cannibal Holocaust, Ruggero Deodato, attach two well known English actors in Michael York and Donald Pleasance and then drop in the gorgeous Edwige Fenech?

Why you get a crazy Italian production like this film, Phantom of Death, of course!!

Robert Dominici (Michael York) is an acclaimed pianist who has been invited to London to expand his career, but this is to the detriment of his relationship with his girlfriend, Susanna (Mapi Galán). This, along with flirtations from the beautiful Hélène Martell (Edwige Fenech) are causing him to become distracted, which is even interfering with his ninjutsu practice.

When his girlfriend is killed though, he becomes involved in an investigation being held by Inspector Datti (Donald Pleasance) as she appears to be the second victim in a series of murders. The murderer taunts Datti with phonecalls, and claims to be so good at his work that he’ll drive Datti mad!

When Hélène is attacked though, Datti immediately suspects Robert just due to his involvement in both cases. Unfortunately for his investigation though, DNA found on her to create a profile of the person who assaulted her, doesn’t match Robert’s and nor does the identity sketch created after she was interviewed.

So if it’s NOT Robert, who could it be… Or does Robert have a secret than disguises his identity from such tests?

The film is an interesting mix of traditional gialli tropes mixed with Gaston Leroux’s Phantom of the Opera and Deodato’s choices of actors are quite fun here. You’ll see some great faces from other Italian horror films, my favourite being the ninjutsu master played by Hal Yamanouchi, who is also in such a variety of films like Umberto Lenzi’s House of Lost Souls and James Mangold’s The Wolverine, or maybe it’s the inclusion of Italian horror stalwart Giovanni Lombardo Radice aka John Morghen as a priest.

Deodato drops in a few trappings of his contemporaries, like Argento, with stabbings to the neck, and a murder that sees the victim pushed through a window in an act of bloody violence, which echoes films like Phenomena.

I can’t let a review go by without pointing out that the murderer, when he makes his phonecalls, sounds like Billy Idol after a night with a carton of Marlboro Reds.

All in all it IS pretty silly, but does a few unique things within the gialli environment like making the murderer a tragic figure rather than a selfish one, and some of the acting pieces have to be seen to be believed… Particularly Donald Pleasance taking the obsessive manic-ness of Dr Loomis from the Halloween series to the nth degree.

Format: This film is from Shameless Screen Entertainment’s ‘yellow’ series of DVDs from the UK. This particular film is number 2 in the series and is region 0. The film runs for approximately 88 minutes and is presented in 16×9 anamorphic widescreen with a Dolby Digital 2.0 soundtrack. The image isn’t the sharpest it could be and it is quite artefacty at times, but not so that it’s distracting. I have to say though one real issue I have with the presentation of the packaging. The blurb on the back quite clearly states who the murderer is, so if you are watching this after reading it, then there are no secrets. For me, the synopsis on the back of DVD or bluray packaging shouldn’t be spoilery at all.

Extras: The disc starts with several trailers for other films from the Shameless Screen Entertainment line, including The New York Ripper, The Black Cat, Torso (Carnal Violence), Manhattan Baby, Baba Yaga The Devil Witch and The Killer Nun, which can also be accessed on the ‘Forthcoming Attraction’ button on the main screen. The only other extra is the trailer for this film. 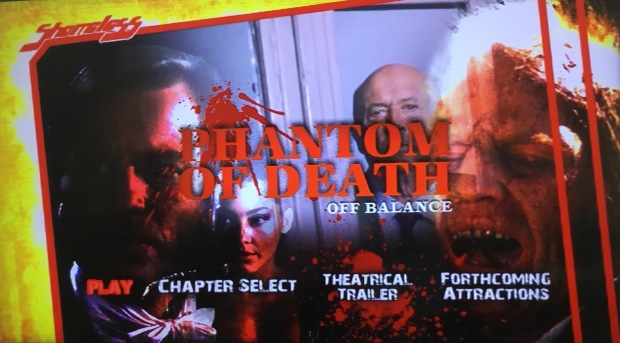 WISIA: This film is far from an example of great Italian horror cinema, but the inclusion of Michael York and Donald Pleasance’s hilariously overblown performance make it a rewatch must!