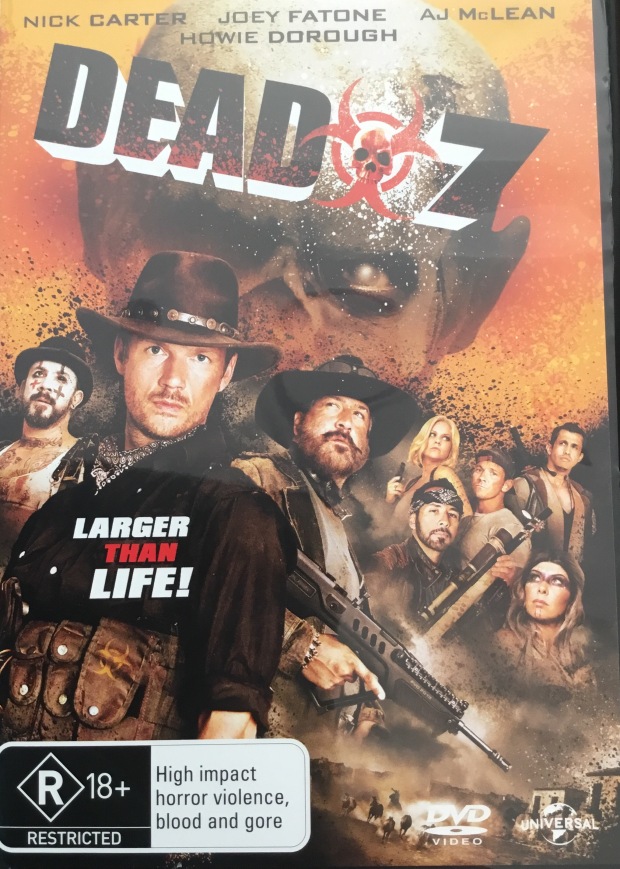 Film: Imagine you live in a world where opportunities are given to ex boy-band singers to make horror/action films… Well, you DO live in that world! Here we have a horror/scifi/western called Dead 7 written by Backstreet Boys’ Nick Carter, and directed by Danny Roew, responsible for 2013’s black comedy Shotgun Wedding. Who else but Syfy and The Asylum could get this together?

Though ‘The Asylum’ can occasionally be a gigantic red warning light…

The movie starts with a bit of a background story of what has happened to humanity. There has been an apocalypse of some kind, and mankind… Well, America… Had returned to a simpler lifestyle, similar to that of the Wild West, but an evil character by the name of Apocalypta (Debra Wilson) has created an army of zombies, or ‘copperheads’ as they are know here, so she can herd them into gated towns and then take them over… Yep, she has the power of the undead at her will and she’s using them for land grabbing. 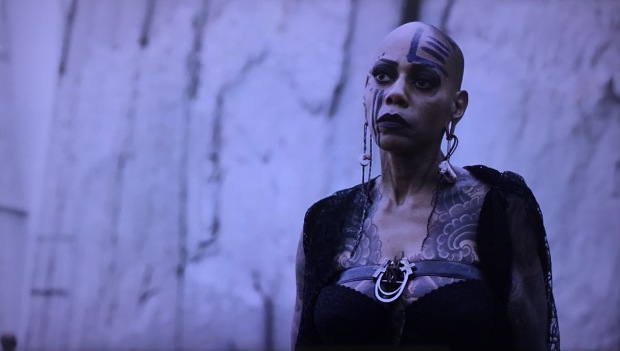 The film is told in chapters, and we are introduced to the ‘Magnificent Dead 7′ one by one. They are Jack (Nick Carter), Billy (Jeff ’98 Degrees’ Timmons), Komodo (Erik-Michael ‘O-Town” Estrada), The Vaquero (Howie ‘Backstreet Boys’ Dorough), Whiskey Joe(Joey ‘*Nsync’ Fatone), Sirene (Lauren ‘married to a Backstreet Boy’ Kitt Carter), and Daisy-Jane (Carrie Keagan… Whom you will never forget!) Now this ‘Dead 7’ have been gathered together to fight the forces of Apocalypta and destroy her, but will they be able too… Will the power of this 7 be able to do it?

You’d better see it and find out.

I was going to make an attempt to review this film by using nothing but lines from songs from the aforementioned boy bands, but after listening to three of them, I couldn’t go on with that idea, so I said ‘bye, bye, bye’ to it.

I have to say I quite enjoyed this film. In no way did I ever expect that I would have fun with this pastiche of Mad Max, the Magnificent Seven and The Walking Dead, but somehow, it works… And I swear I wasn’t drunk when I did this review. At times the filmmaking itself did annoy me, especially with House of the Dead style exposition whenever a new character was introduced, but essentially it’s job was to move the story along, and make pop stars seem like adequate actors; so mission accomplished.

The special effects are from two ends of the scale. The make up effects are actually pretty cool though zombie make ups seem to be a dime a dozen now, and can be executed at home with Halloween costume kits. The chopping off, and exploding if heads in general look pretty good, but as ever, the cgi blood sprays look really dumb, and there is a hanging intestine gag that just out and out sucks.

This is what unemployed ex-boy band members get up to in their spare time though I admit to being sadden you the absence of Tiffany and Debbie Gibson, surely there could have been a role for them! 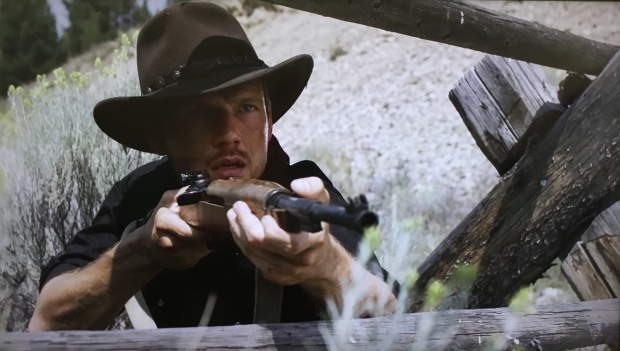 So, it’s pretty good, for what it is, which is a zombie film that has come far too late in the zombie trend to ever be taken as too original, but it is fun enough for you to overlook that.

Format: The version of Dead 7 reviewed was the Australian DVD release presented in 1.78:1 widescreen with Dolby Digital 5.1 soundtrack, both of which are pretty good, though occasionally the faster moving panoramic shots pixelate a little.

Extras: Not a bad selection of extras on this disc: 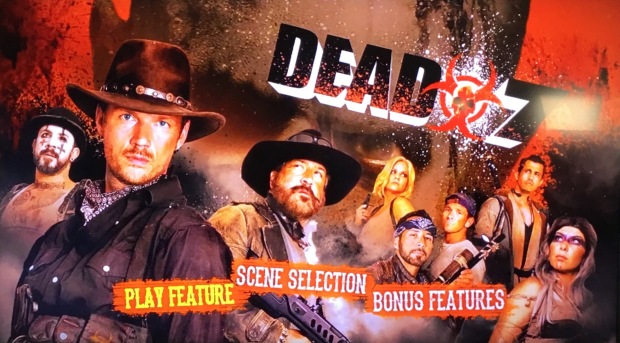 Dead 7: Behind the Scenes looks at how the film came together.

Dead 7: A Look At The All-Star Pop Music Cast repeats some of the interviews from the previous extra, but it exists really just to highlight the members of various boy bands.

Dead 7: Gag Reel weren’t very long, but there were titty and fart jokes, so that’s a plus.

Dead 7: Trailer is the trailer for the film.

Thankfully, the ‘supergroup’ song ‘In The End’ threatened on the back cover isn’t something I had to endure except for over the end credits. 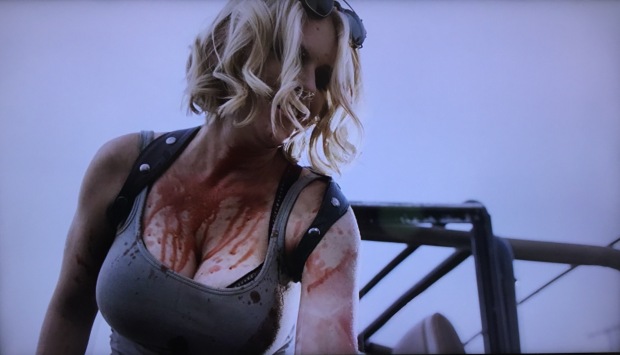 WISIA: You know, there was just enough zombies, violence and sexy gunslinging gals in this to warrant at least a second watch.