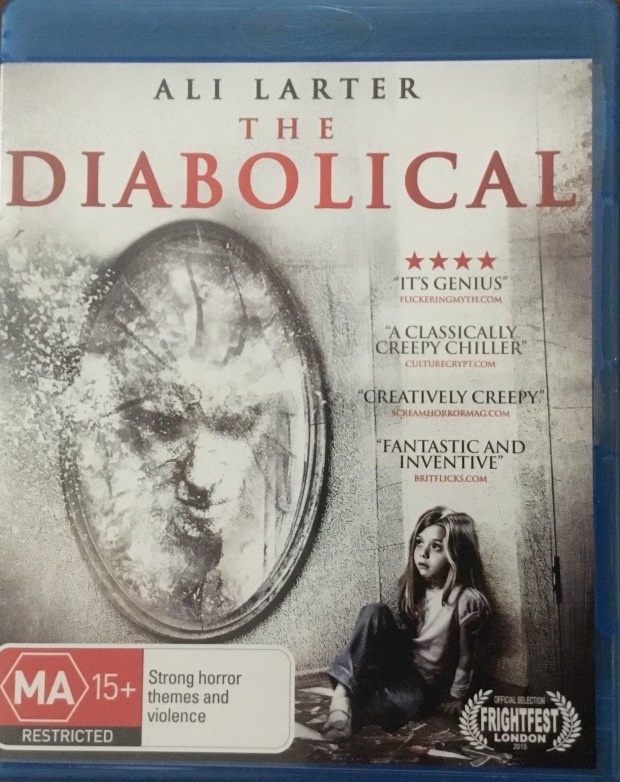 The Australian Blu-ray cover of The Diabolical

Film: I love it when a movie surprises me with a plot twist or a change of direction. I don’t necessarily mean a last ten minute jaw-dropper like in an M. Night Shymalan film, but instead a gear shift part way through. The perfect example of this would be something like From Dusk Til Dawn. At first, your enjoying a total Quentin Tarantino-styled American gangster flick, and then, the clutch is pumped and the gear stick flicked into reverse and it becomes a total Robert Rodriguez Mexicano vampire film.

The Diabolical does this, but not to the extent that QT and RR’s film did. Instead, it takes elements touched on in, believe it or not, Lucio Fulci’s House By The Cemetery, and expands upon them by throwing tropes of another genre that don’t always belong in a story about the supernatural. A warning on the contents of this film could also have the disclaimer ‘may contain traces of The Butterfly Effect’.

The film is slick and well made by first time director Alistair Legrand who co-wrote this film with another first-timer Luke Harvis. 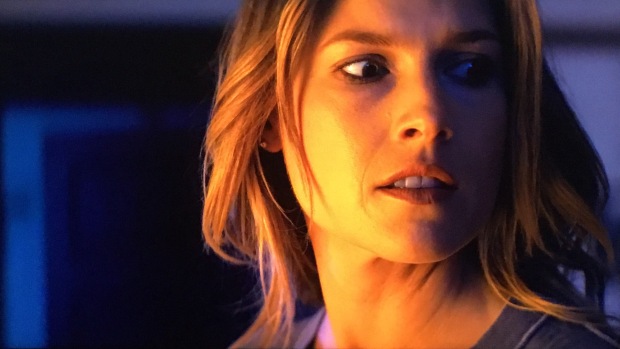 Ali Later as Madison from The Diabolical

Single mum Madison (Ali Larter) has a few problems. Not only is the eldest of her two kids, Jacob (Mx Rose) been acting violently to other kids since the death of his father, but the house they live in (with youngest child, Haley played by Chloe Perrin) is haunted by not one, and not two, but three different spectres. In addition, she may also get kicked out of her home due to unpaid bills, though salvation in this case may be coming in the form of an offer from creepy CamSet employee Austin (Patrick Fischler).

Madison has exhausted all the local priests and paranormal investigators for help with her ghost problem, but when her physicist boyfriend, Nikolai (Arjun Gupta), finds out about it, he decides to assist her in her investigation but during the course of their research, she finds out that maybe HE is a part of her problem… and maybe Austin is more involved than he seems…

What’s great about the script to this film that upon rewatching, the ‘twist’ is hinted to on several occasions, which makes the depth of the script all that more enjoyable, and doesn’t just feel like the pancake flip that From Dusk Til Dawn was. 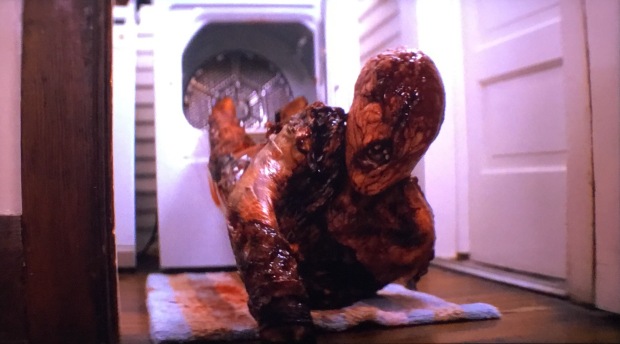 If I am to criticise this film on anything, it’s two minor things. One, the title The Diabolical really has no reference point in this film as nothing devilish is going on at all. The other problem is the ending is a little bit soft, especially considering how strong the rest of the film is.

That aside, it’s a great film with some great performances that I thoroughly enjoyed. 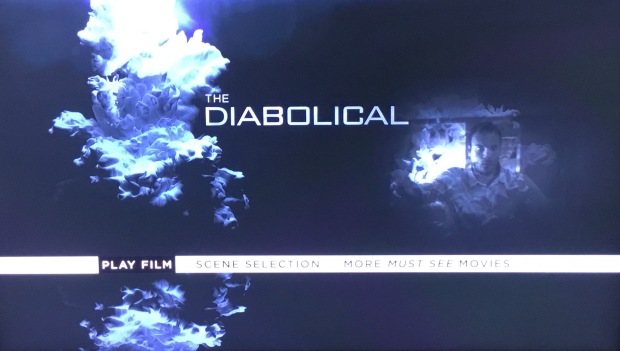 Format: This Australian, region B blu-ray release of this film is in a 1.78:1 presentation, which for the most part is really sharp, but occasionally loses focus around the edge, which is quite strange. The DTS-HD Master Audio 5.1 soundtrack, though, is perfect.

Extras: The disc starts with trailers for Bus 657 and The Drownsman but the only other extras are images of the covers for the films Dark House, Pay the Ghost and Into The Grizzly Maze.

Shame, as the film was clever enough to warrant even a small making of, if just for the twist and the make up effects.

WISIA: It’s an entertaining film and has one of my favourites Ali Larter in it so it’ll get looked at again. 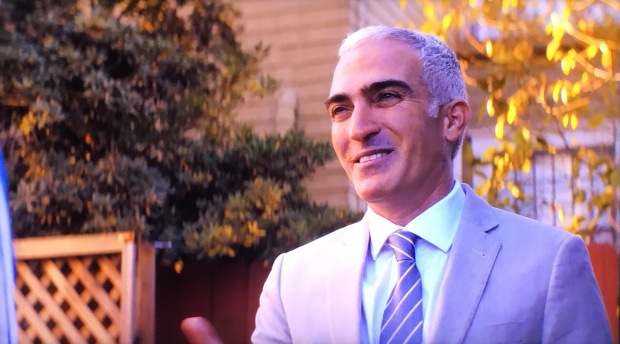 Patrick Fischler in The Diabolocal