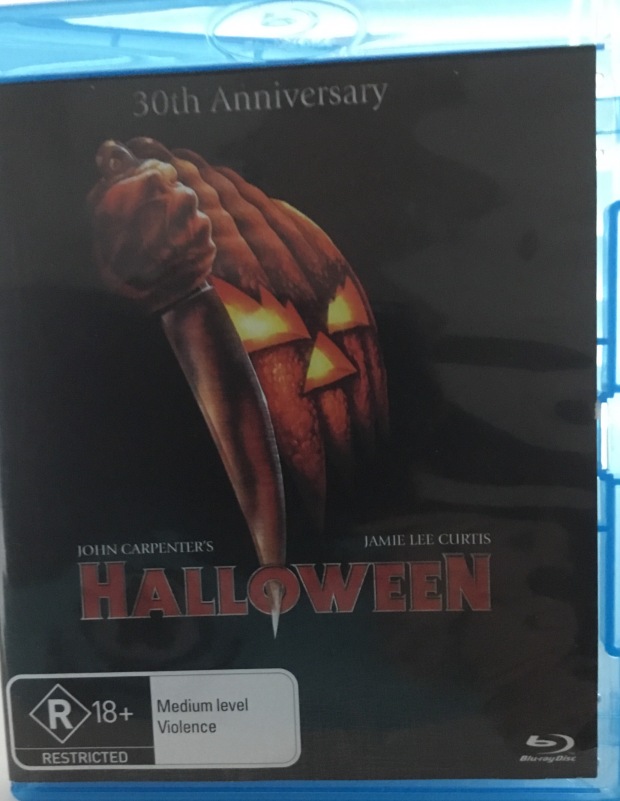 Film: One thing every serious horror fan must agree on is that Halloween is our Christmas. The further away it goes from what it actually stands for, the more it becomes the day that all horror fans come together as one and raise our machetes/ finger-knife gloves/ kitchen knives to the heavens and hail a holler to horror.

Now if the holiday Halloween is ‘ours’, surely the film Halloween by director John Carpenter must be ubiquitous in all our collections. It must be the beginning and end of every collection, whether it is a favourite or not.

As if I need to remind anyone, I’ll quickly run through the synopsis of Halloween.

The film opens with a young Haddonfield, Illinois resident, Michael Myers (Will Sandin), in a POV shot that in the 80s became synonymous with horror, wander through his house on Halloween, until he finds his sister, post coitus, and stabs her to death.
He is committed to a mental institution where his doctor, Sam Loomis (Donald Pleasance) claims that he is the very epitome of evil and should never be released.

Unfortunately, 15 years later, a now adult Michael (Nick Castle) manages to escape with the intent of returning to Haddonfield and seeking out his younger sister Laurie (Jamie Lee Curtis), and he has no remorse as to who gets in his way, including a bunch of her school friends… But will he catch her? Will he be able to complete whatever his mission seems to be?

With this film, John Carpenter completely nailed down the formula of what became the slasher film. Borrowing liberally from the film Black Christmas, and with elements of Italian giallo films thrown in for good measure. I can clearly remember as a youngster my step-father telling me when he and my mother went and saw this at the local drive-in theatre that it was the scariest film he’d ever seen.

Whilst I think that may be not completely true now, it certainly took the horror world by storm. The story is fairly generic slasher by today’s standards but at the time it would have been pretty scary.

The fear level came from a couple of things. The first was the fact that the villain was a driving force that was seemingly unstoppable, almost super-human, and his tenacity for destruction is truly a trait inspired to cause shudders. The second was that the hero, in Dr Loomis, seems even MORE deranged in his unwavering need to stop Myers. His madness seems to increase and his sanity collapse over the course of the sequels, but the seeds of that future insanity are firmly planted in the soil of his mind in this film. Thirdly, John Carpenter’s score for the film is this slow building, tension drenched piece that is just so awesome… Well, it’s my ringtone on my iPhone…

Well, for everyone except my wife who has her own ringtone: the Imperial March from Star Wars.

This and Friday the 13th are the Beatles and the Rolling Stones of horror. You can like both, but you’ll only truly love one of them. For me, it’s Friday the 13th that’s my love, but Halloween is right up there… Riiiiiiiight up there. It’s an example, like Psycho and Alien, of a horror film that gets every beat perfect. If you don’t have it, get on to eBay, Amazon or your local DVD/ Bluray retailer and get it. NOW!

Format: The review copy of Halloween was the Australian Beyond Home Entertainment bluray, 30th Anniversary release. This region B disc runs for 93 min and is presented with a decent and fairly clean 16×9 widescreen with a great Dolby digital 5.1 soundtrack. 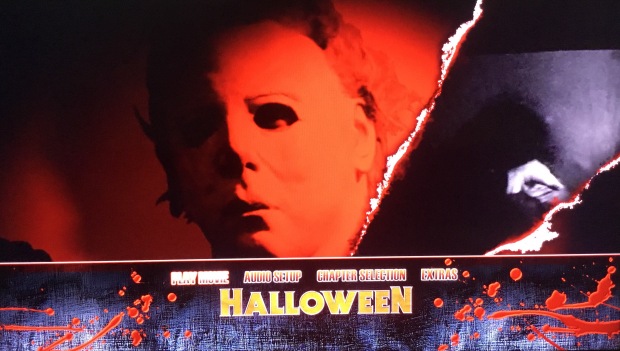 A Cut Above The Rest explores the creation of the film and the influence it’s had since with interviews with Executive Producer Irwin Yablans, writer/ director John Carpenter, co-writer/ producer Debra Hill, actors Jamie Lee Curtis, P.J. Soles and others involved.

Halloween 2000…. Though the title card of the documentary calls it Halloween Unmasked… Is more of the same as above, retelling the same stories.

Then there are several trailers, including the original trailer, the rerelease trailer, and some TV and Radio adverts.

There is also a still gallery. I hate stills galleries.

This disc also has an audio commentary with John Carpenter, Debra Hill and Jamie Lee Curtis, which is interesting, but does tell a few of the same stories as the two documentaries.

WISIA: It’s Halloween: at the very least you should be watching it once a year, you know, at Halloween!

One thought on “Countdown to Halloween review #1: Halloween (1978)”