Film: I have to say that when I first heard of Monster Pictures, they came out of the gate at full charge with The Human Centipede, and with that film, how couldn’t you have been? They received a lot of attention with it and it’s sequels, but for me there was a period where I was consistently disappointed with purchases I made with their symbol on the spine, even though I appreciated their lust for new, independent horror.

That changed this year though as they landed Rob Zombie’s film 31 (not Zombie’s greatest, but a nice grab for Monster Pictures!) and the brilliant All Through The House, a Christmas treat if there ever was one.

This film was written by Anthony Jaswinski, who also wrote The Shallows, which I quite liked, and was directed by Jeffrey Hunt, a director who seems to have worked mainly in TV, and who really has an eye for character development, though seems to have finishing issues.

Satanic tells of a foursome of college buddies, Chloe (Sarah Hyland), her boyfriend David (Steven Krueger), her friend Elise (Clara Mamet) and her boyfriend, Seth (Justin Chon) who decide to do a bit of tourism in LA on their way to Coachella…. but because Elise and Seth are goths, they want to visit all the serial killer and Satanic sites LA has to offer.

They visit a ‘proper’ goth/ satanic shop and receive a none-too-warm welcome, and in a feat of stupidity, decide to follow the owner who threatened them, home, but what they find is that he leads them to a place where there appears to be some kinds of sacrifice is about to be made, but when they interfere, there find that they have adopted a fifth to their group, Alice (Sophie Delah) who seems to be more than she appears….

Straight up I have to say how much I enjoyed watching Sarah Hyland in this movie. She is such an atypical beauty with a cherubic face, and big innocent eyes, and not a bad actress either. She very warm, and scared, in this film. Actually to be fair, three of the four leads play their parts well and are very real with except for Justin Chon, who plays the same drug addled, hard-drinking fratboy that he always seems to play, although to be fair, in this he’s a GOTH drug-addled, hard-drinking fratboy, so that must have been quite the reach for him.

The film is quite a slow burn, which I don’t mind: I’m a big fan of a deliberately paced story, but this film takes a full 50 minutes to kick off, and then winds up super-quick: the reason I mentioned Hunt’s TV career is that the last act seems to nothing but quick wrap-up; like they want to get it over with quickly, which is a shame.

That’s not to say it is a bad ending, it just feels like they ran out of money, or time and just needed everything done quickly. In actual fact, if the final act had have been paced like the rest of it, the film would have been great, rather than just an interesting time-waster. It’s presentation of Hell is an interesting concept, almost as obtuse as Prince of Darkness’ ‘evil as a liquid’ (well, that may be oversimplifying it), so there is a plus.

I think this is another good one from Monster, though I just wish that final act didn’t feel so hurried. 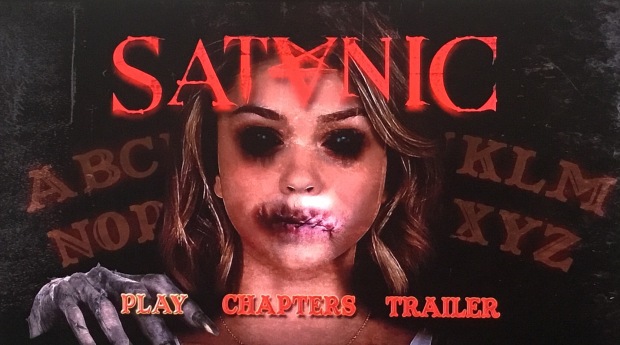 Format: The film is presented in 16×9 widescreen and has Dolby DTS Master Audio 5.1 audio. This Australian release bluray runs for approximately 85 minutes has has both an excellent sound and picture.

Extras: The disc opens with trailers for I Am Not A Serial Killer and The Hallows, and the only other extra is a trailer for Satanic.

WISIA: Possibly, but it won’t be for the story, rather for the performances that Hunt milled from his stars.