One from the re watch pile…
Comic Book Confidential (1988)

Film: I am and always will be a comic fan. Sure there have been periods of time where I haven’t collection, the post-Image world of the 90s for example (I’m sorry guys, I like the old artwork, and the anime/ graffiti styled artwork of those guys never rubbed me the right way… I want my superheroes to be done by the old masters like Jack Kirby, Gil Kane, John Buscema and their ilk) and recently I’ve become disappointed with the storylines which seem to be repetitive and basically made to sell the movies. I understand it’s a business but there seems to be a creative lull, which has happened before as the history of comics is circular and fad based. Something hot today will not even be published tomorrow.

Hell, as of this review we don’t even have the cornerstone of the Marvel universe, the Fantastic Four being published, and that was once taglined as ‘The World’s Greatest Comic Magazine’.

I do still however get collections of old stuff, and I’m fascinated by the history of the art form too, and my book collection has many ‘history of comics’ books amongst it.

This, however, is Ron Mann’s documentary of the history of comic books and it’s a pretty concise and interesting look at how they came about, but the best thing about this doco is the absolutely essential stories from some of the old men, and young guns, of the industry.

It’s pretty special to know the history of Bill Gaines, and then hear him tell stories himself, and to actually hear my hero, Jack Kirby’s voice, is amazing.

This doesn’t just look at the history of the art of comics, it also takes a walk down the history of comics legacy, and how it was effected by, and how it effected society. There is some great archival footage of the Senatorial Commitee on Juvenile Delinquency and some disturbing stories about court cases where artists and writers were sued for things they wrote or drew.

There is some cool presentations of classic comic covers rarely seen, but occasionally that footage is spoilt by some poorly executed, amateurish animation of the covers which was unnecessary and detracts from the amazing original art. 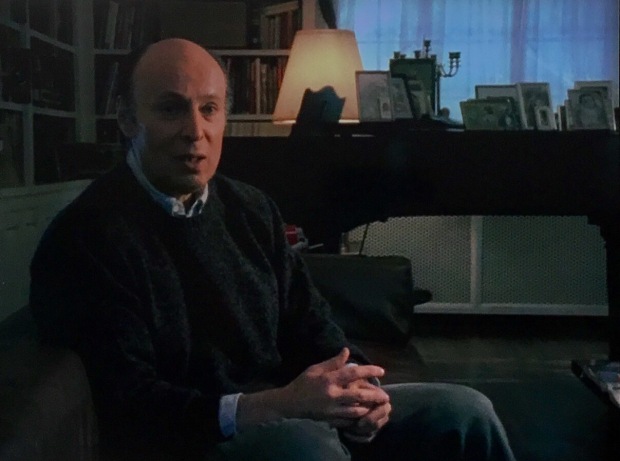 If you want a brief history of the industry, and one that is American centric as none of the great European or Asian artists really get a look in, this is your place to go, but there is so much more to many of the stories discussed in this doco. Honestly. This doco could do with a 1988 to now sequel!

Ron, are you listening? 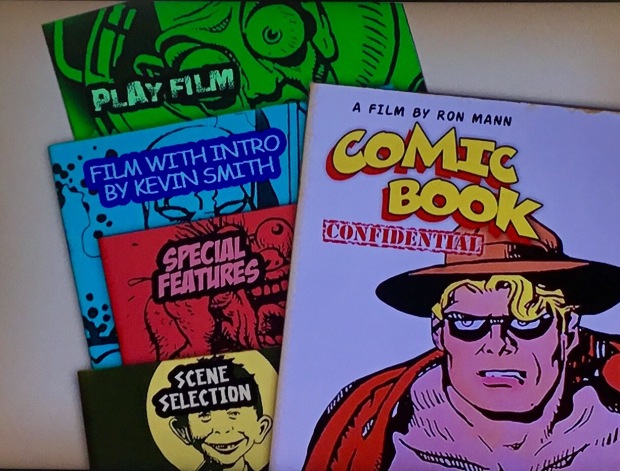 Format: This documentary was reviewed with the Australian DVD release which runs for approximately 85 minutes. The film is presented in 4:3 and has a 2.0 audio track, both of which are of various degrees of quality due to the historical nature of some of the footage and audio. It doesn’t really detract from the enjoyment of the film though.

Extras: There is several extra on this disc though the first couple are a bit Kevin Smith indulgent. I guess if you pay someone to turn up you take advantage of the time.

The first note is that this doco from the 80s has a new introduction by Kevin Smith, where he basically points out that even ten years later when his introduction was done, it was still relevant.

A Conversation with Kevin Smith is more ‘ a justification for reading comics by Kevin Smith’ and whilst I get the heart of where it’s coming from I don’t get why I have to justify, or convince someone that adults can read comic, the same as a cricket fan does have to justify to me why he likes it. It doesn’t matter what you dig, just respect each other, and if you think you have to justify your passion to a friend, you need new friends.

There is also a trailer for the film.

The is an interview with director Ron Mann who talks about the making of this film and his career in general.

WISIA: I have watched this many times and will probably continue to watch it many more times.