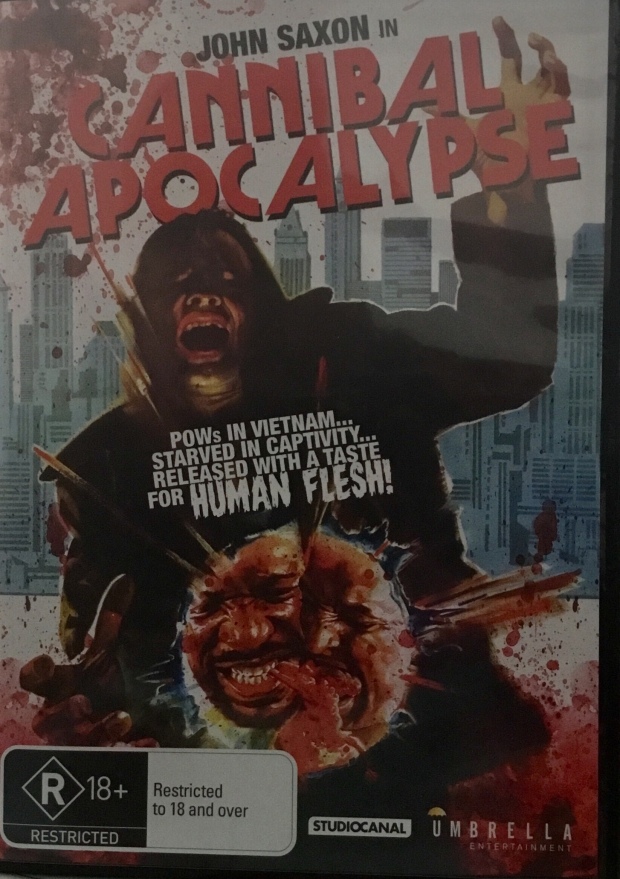 Film: As regular reading of the To Watch Pile may guess, I much prefer a more human villain in my movies than a supernatural one, mainly because I actually don’t believe in ghosts and ghouls and all that sort of stuff. I admit I do like zombie films, but there is a human horror to them with the loss of identity I suppose.

Anyway, cannibal films are are staple of the human horror film, and for me, and probably a lot of other horror film fans, the Hungry Trinity would be Cannibal Holocaust, Cannibal Ferox, and this film, Antonio Margheriti’s Apocalypse Domani, aka Invasion of the Flesh Hunters, aka Virus aka Cannibal Apocalypse. Margheriti, also known as the director of Yor: Hunter from the Future directed this film under his alias Anthony M. Dawson from a script co-written by him and Jimmy Gould aka Dardano Sacchetti, who is probably best known for 1990: The Bronx Warriors.

Cannibal Holocaust tells of Viet Nam vet Hopper (John Saxon) who is contacted by a buddy from the war, Charlie Bukowski (John Morgan aka Giovanni Lombardo Radice) who is suffering quite badly from a form of Post Traumatic Stress Disorder which reminds him of acts of cannibalism he committed in a POW camp.

Charlie has attacked a young lady in a cinema and begs Hopper to get him out of town, but it would appear that Charlie’s acts of cannibalism aren’t a learnt trait, but instead appear to be some kind of transmittable disease which causes others to have a lust for human flesh.

Will Hopper successfully get Charlie out of the city, or will their needs outweigh their survival… 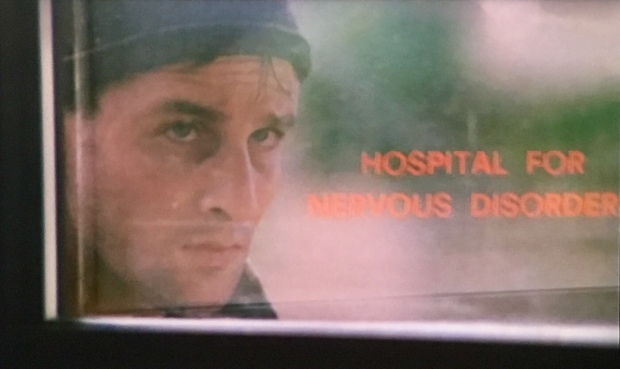 I first saw this movie on VHS in the eighties when I worked at a video shop in Sydney as a kid and fell in love with it. Along with The Never Dead (aka Phantasm), Dawn of the Dead, Re-Animator and The Beyond, it was one of my most regularly watched horror films. I like those other cannibal films I mentioned earlier, but I think because I saw this film first it set a standard that the others don’t reach.

… and it’s got John Saxon and John Morghen in it, for goodness’ sake: how could a Viet Nam vey Cannibal film get any better than that?!?

Format: This Umbrella Entertainment NTSC DVD release of the film runs for approximately 93 minutes and is presented in an average 1.77:1 image with a functional mono audio track.

Extras: There’s a mixed bag of extras on this disc.

Apocalypse in the Streets is a revisit of the exterior locations of the film told in a stiles and honestly not very well edited way. It is however interesting to see that some of the locations still look the same so many years later.

There is a European and a Japanese trailer for the film.

Alternate US Opening Sequence is just what the name suggests, but the one intact with the film is far better and uses less stock footage from Viet Nam.

Poster and Stills Gallery is a selection of posters and promotional material material from the film and a bunch of behind the scenes pics.

The Butchering of Cannibal Apocalypse Essay discusses the editing of the film in its various releases throughout the world.

WISIA: It is my favourite Cannibal film so of COURSE it’ll get looked at again and again! 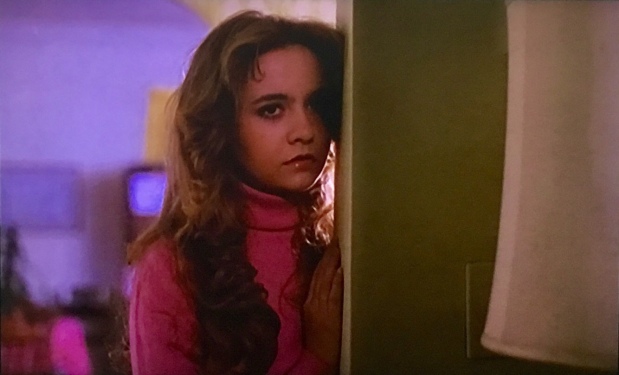