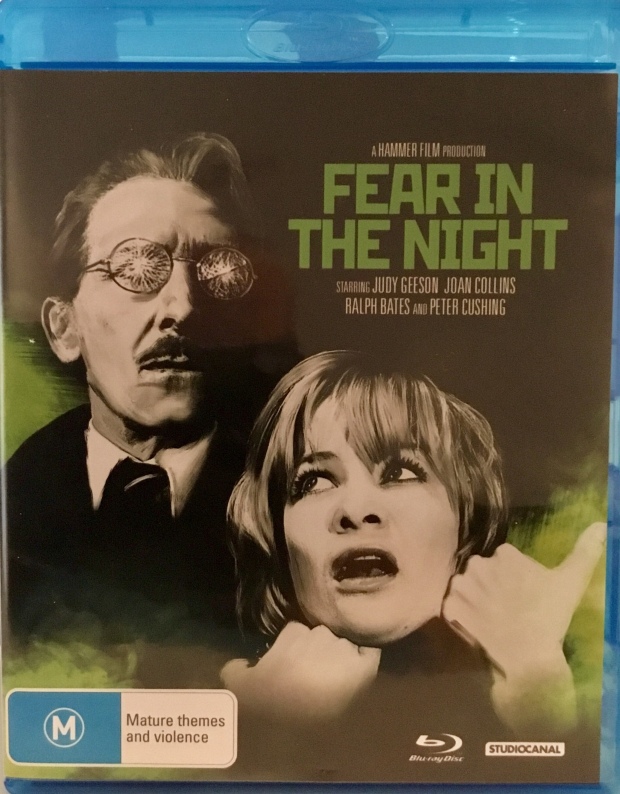 Film: It seems to me that every time I reach a point where I think I have seen every Hammer film, ten more that I haven’t seen pop up. The best thing about these films is in general the reason I didn’t know about them is because I was a ravenous lover of Hammer’s monster movies, like the Frankensteins and the Draculas, but a lot of these thrillers and real fun and a great watch.

This film, Fear in the Night, is directed by one of the real creative forces of Hammer, Jimmy Sangster, who also directed Lust for the Vampire and The Horror Of Frankenstein. Being a prolific writer of Hammer films, he do-wrote this screenplay with Michael Syson, who also wrote the 1979 western, Eagle’s Wing.

Fear in the Night is a thriller starring Judy Geeson as Peggy Heller, a newly wed who is packing her things from the sharehouse she lives in so she can go with her new husband, Robert (Ralph Bates) at the boys boarding school where he is employed as a maths teacher. 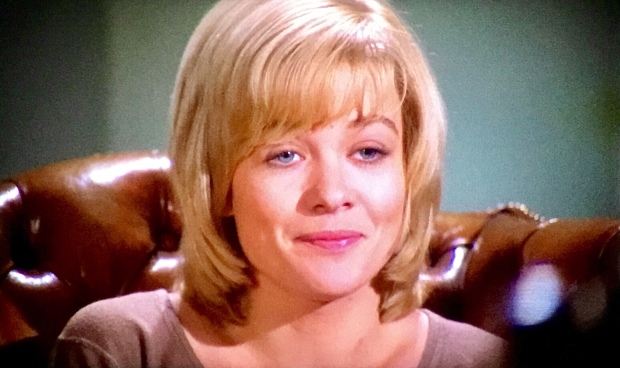 On this night, though, she is attacked by a man with only one arm, and as she is someone with a history of mental issues, she is not immediately believed though the police are called and a report made.

She travels to the school where she finds it abandoned, as it is apparently end of term, and meets the headmaster, Michael Carmichael (Peter Cushing) and his wife, Molly (Joan Collins). Molly is immediately hostile towards Peggy, but Robert explains that she is apparently a bitch to everyone. Michael is a calm, studious type… WITH ONLY ONE ARM!!!!

Is Michael the man who attacked her, or is there a highly detailed plot involving misdirection leading to MURDER?

Well obviously there is, this is a Hammer film for goodness sake!! 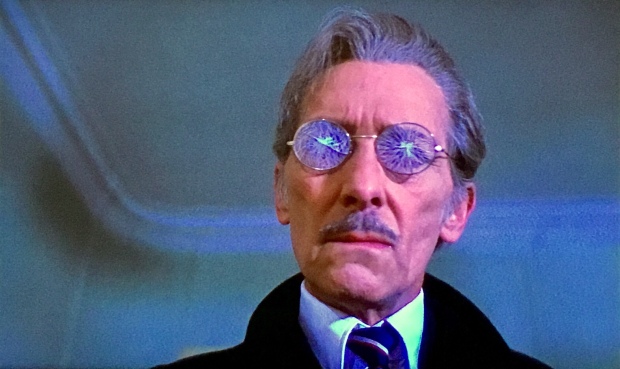 This is a beautifully shot film, with some cool cinematic subtleties throughout, for example, Geeson’s costuming changes as her state of mind becomes fractured.

Considering Geeson basically holds the film single-handedly, she is perfect for the role. Girl next door pretty and with a tragic demeanour she nails this mentally-unstable waif brilliantly. That’s not to disparage the others: Collins plays perfect bitch, Bates plays perfect cad and Cushing? Well, Cushing is Cushing, and what else would you want?

All in all, it’s a quality Hammer Horror thriller, but it telegraphs most of its surprises quite early, and whilst the pay-off works, the epilogue is somewhat lacklustre. 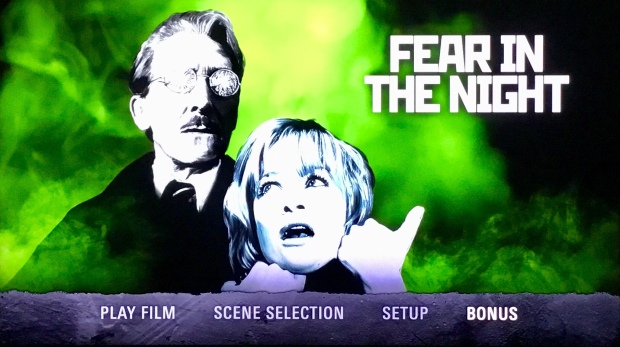 Format: This film was reviewed on the Australian, region B Bluray which runs for 94 minutes and is presented in a clear 1.66:1 image with a matching Dolby DTS-HD audio track.

Extras: There is not a great deal of extras on this, but what there is is quality.

End of Term: Inside Fear in the Night has various film experts from the UK like Jonathon Rigby, who wrote the amazing Euro Gothic, Alan Barnes, co-author of The Hammer Story, Kevin Lyons, the editor of eofftv.com and cultural historian John J. Johnston talking about the history and providence of the film. The only problem with this extra is it only goes for just over 15 minutes!

There is also a trailer for the film.

WISIA: Once the well-telegraphed twist is revealed, it doesn’t really lend itself to repeat watching.