Film: I started my horror and comic journey at about the same time.

As a kid, my dad, every Saturday, would take me to the local newsagency in Thirroul, NSW and when he grabbed his Sunday paper, he’d buy me either a comic, or an issue of Famous Monsters of Filmland. We moved away from that town, and the new place’s local newsagency only had comic, so for several years my monster love was reduced to either Godzilla films on Saturday afternoons, or the various horror comics from Marvel or DC (or their local reprinters like Newton Comics would do), or if I was lucky, a Vampirella.

Comics became my big bag until video stores emerged a few years later, and I loved them dearly. As a kid I was all about Aquaman or Captain Marvel (now known as Shazam!) with an occasional Hulk or Spiderman comic, and maybe an Archie or two, but in the 80s I became a full-tilt, no holds barred Marvel zombie, and the Fantastic Four, the X-men and the Avengers became everything I needed. I even entertained dreams of become a comic writer or artist one day.

I still have a gigantic comic ‘universe’ in my head that I’d like to do one day.

Anyway, the Avengers comics of that period were amazing, and I never believed we would ever see a movie based on them.

… and then the Marvel Cinematic Universe kicked off!

The MCU, as you should all know, is a juggernaut of a movies series starring all the Marvel heroes… well most of them except for the ones licensed to other companies(well except for Spiderman, but that’s another story), is what seems to be a bunch of individual movies, but in actual fact is the greatest, biggest budget soap operas in the history of entertainment.

This film, The Avengers, takes placed directly after 2011’s Captain America: The First Avenger, and was written and directed by Josh Whedon, from a story developed by himself and Zak Penn.

The Avengers is the culmination of the previous films and here, the heroes, Iron Man (Robert Downey Jr), Captain America (Chris Evans), Thor (Chris Hemsworth), Black Widow (Scarlett Johannson), the Hulk (Mark Ruffalo and a HUGE team of CGI effects people) and Hawkeye (Jeremy Renner) join together to fight against Thor’s brother, the charismatic and deceitful Loki (Tom Hiddleston), who has stolen a powerful, seemingly mystical item known as the Tesseract, from Nick Fury (Samuel L. Jackson) and his agents of SHIELD, including Agent Coulson (Clark Gregg) and Agent Hill (Cobie Smulders).

SO the battle to retrieve the item begins, but what the Avengers and SHIELD don’t realise is, is that Loki has an ally in the alien race known as the Chitauri, who wait in another dimension to create Hell on earth if they aren’t stopped…

That comic collecting kid in me loves this movie, even though it does, like most of the films, take a few liberties from the source material, like the absence of Ant Man and the Wasp (who were founding members), and the early joining of Captain America (who didn’t become an Avenger until issue 4 of the comic). They do however do some fun stuff that pays homage to the comics, like Hawkeye’s turn as a bad guy (he was originally an Iron Man villain of sorts) and dodgy and adversarial combination of characters, which the early Avengers comics played upon to be a contrast to the ‘family’ vibe of Marvel’s first group comic, the Fantastic Four.

I also liked Edward Norton as Bruce Banner/ The Hulk, so Ruffalo’s replacement of him came as a surprise, but Ruffalo’s a charismatic actor, so it was easily overlooked. What wasn’t easily overlooked was the continued employment of the terrible, B-movie soap actor made good, Chris Hemsworth, who doesn’t seem able to rise to the occasion when dealing with far greater actors and comes across as a pantomime version of the character he is supposed to be portraying. At least Downey Jr and Jackson are playing themselves as they basically always have, and they are such cinematic legends, they can get away with it. 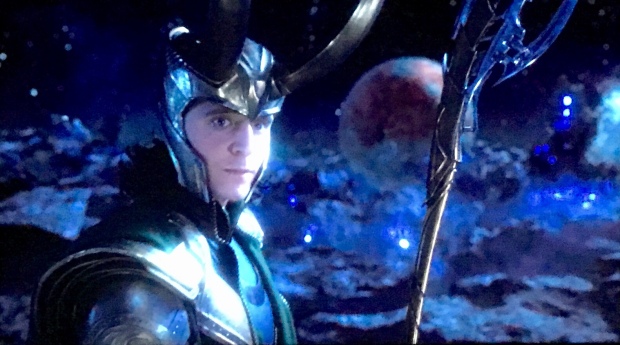 My only other criticism is a criticism I have of most modern day superheroes, and that is that it’s apparently just fine to be a killer with no regard for human life, but that’s not a criticism of this film, just of comic films, and comics in general.

The film clicks along at a brilliant pace and is a visual spectacle, and the story is pure comic book, which is exactly what it requires to be successful. Whedon clearly loves his comics books and the respect he has for the characters is clear. His strength is also team dynamics, which is apparent from his previous experience with Buffy the Vampire Slayer and Firefly.

This first Avengers movie is a fun rollicking adventure, which only relies on a couple of films worth of back story rather than the gigantic amount the later films suffer from, which become almost unwatchable by themselves as individual movies anymore.

Format: This release has the film in three formats: in 3D, a normal bluray and a digital copy. The film was reviewed on the regular bluray and was presented in a flawless 1.78:1 image with an epic Dolby Digital 7.1 audio.

Extras: The disc starts with an ad for an app called Marvel Avenger’s Alliance.

There are a bunch of cool extras on this disc:

Marvel One Shot: Item 47 is a short that Marvel used to do on their home video releases but unfortunately stopped. This is a cool one about a couple of thieves who have ended up with a Chitauri weapon and decide to use it for their own benefit… but don’t think SHIELD will be quite down with that. Much like one of the others focuses on Agent Coulson, this one gives Jasper Sitwell a go at being a hero… well before we find out the horrible truth about him in a later movie.

Gag Reel is just that, but back before they became contrived an unfunny, like they did on the later releases of other Marvel films.

Deleted Scenes has 8 deleted scenes, none of which are missed, but are interesting to see, particularly the Maria Hill interrogation stuff.

A Visual Journey is clearly the making of the film and only runs for 6 minutes. Shame, as I reckon a film this big deserves a little more than just a few minutes.

WISIA: It makes me cry with joy pretty much well every time I watch it, which is frequently.