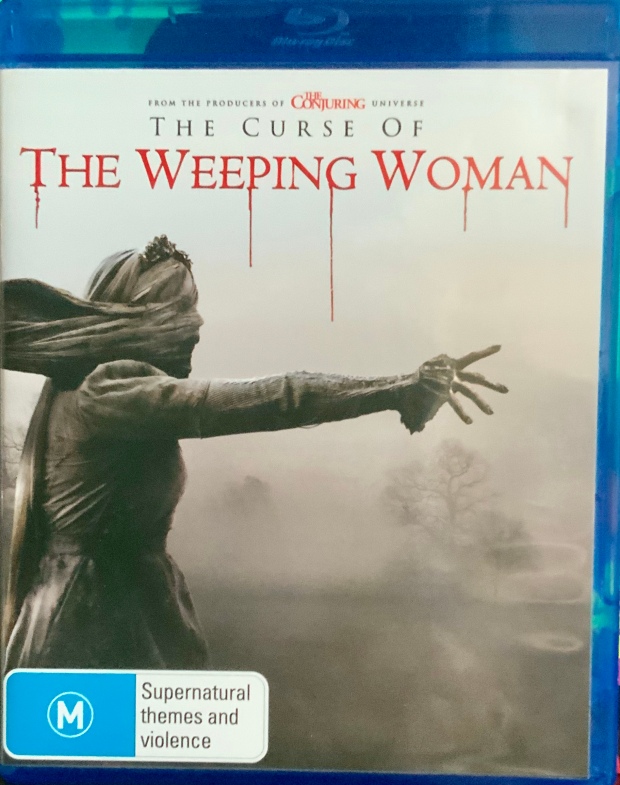 Film: Sometimes, when choosing a movies, alarm bells should ring.

First, I don’t like supernatural films, but like some kind of self-flagellating moron, I still like to give them a chance, hoping that I might find another Sinister, instead of another dumb piece of tripe like Insidious. My mistake here was that the cover quite clearly states ‘From The Producers of The Conjuring Universe’ which for someone like me who isn’t a fan, that basically is like a restaurant having a sign out the front that says “our chef has a cold and never washes his hands after taking a dump’ and me going in and eating there anyway.

I deserve whatever I get.

Secondly, I occasionally make the mistake of watching a film because of the lead actor, and I have sat through some buckets of poop because of this. In this case, the tempting lure was two-fold: Linda Cardellini, Velma from the 2002 and 2004 Scooby Doo movies, stars and one of the supporting actors is Patricia Velasquez, from 1999’s The Mummy, and I bit like a hungry trout at a fish farm.

This film is directed by Michael Chavez, from a story by Mikki Daughtry and Tobias Iaconis, who co-wrote Five Feet Apart, the teen tear-jerker… was that another alarm bell?

Set in 1973, The Curse of the Weeping Woman tells of social worker, Anna (Cardellini) who has been called to investigate Patricia Alvarez (Velasquez) who has apparently been abusing her sons, but when she gets to Patricia’s house, she finds the boys locked in a closet, and Patricia willing to defend their imprisonment… violently if need be.

The police step in and Patricia tells Anna she needs to protect the boys from La Llorona, before she is taken away, and her sons are placed in temporary housing. On the first night there, though, they are taken by ‘something’ and drowned.

Anna, a single mum herself, is called to the scene of the crime late at night and has to take her son and daughter with her. Her son sneaks out of the car to see what’s going on and is attacked by a spirit of a woman, who attaches herself to the family, and the terror of the Weeping Woman, a scorned women who killed her sons and then herself, continues…

Will Anna and her children be able to survive her grasp, even after they enlist the help of father religious man, Rafael (Raymond Cruz), a shaman with seeming insane practises for exorcising ghosts?

Now, this is one of those post-millennial ghost stories that all seem the same: set in the seventies (to avoid technological trappings like mobile phones), deep bassy sounds to add to the terror, a ghost style-guide that fits an aesthetic that has worked so far in far too many films, a cold filter on the image to make everything look dark and wet (or should I say ‘the Wan Ghost Aesthetic) and a bizarre re-installation of Christianity/ Catholicism wielded loosely by a bizarre shaman as the heroic tool.

It’s boring, made seemingly exciting by SUDDEN INCREASES IN VOLUME, but essential is just another forgettable ghost story that’s directed well and has a half-decent cast 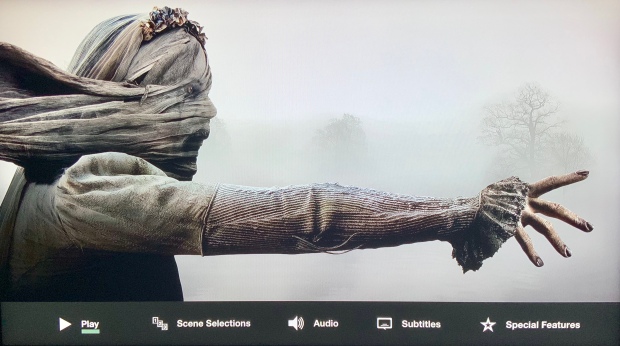 Format: This film was reviewed with the Australian, region B release which runs for 83 minutes and is presented in a high definition 2.4:1 image with a matching Dolby TrueHD 7.1 audio track, which it relies on heavily for its scares. Honestly you couldn’t watch this late at night while everyone else was in bed because you would be adjusting the volume up and down for the quiet ghostly bits and the LOUD SCARES!

Extras: There are 5 extras on this disc.

The Myth of La Llorona is a brief look at the history of the myth of the Mexican ghost ‘the Crying Woman’ and how it apparently dates back to the days of Cortez. This isn’t the first time this myth has been filmed: the TV show ‘Supernatural’ used her legend in the pilot episode, and in 1963, Mexican Director Rafael Baladón’s Le Maledición de la Llorona entertained the legend as well. This featurette is two minutes of cast members talking about the legend.

Behind the Curse looks at the making of the film and the incorporation of the legend into the film. Hilariously, one of the cast members mentions how it’s ‘not cliched’ which is one of the funniest things I’ve ever heard.

The Making of a Monster looks at the design of this ‘new, original’ monster. Make up effects are always interesting so at least it did offer that, and the performer Marisol Ramirez is a trooper.

Deleted scenes are just that! About ten minutes worth of stuff that really didn’t add to the film at all, if anything, it detracted from it somewhat, and would had slowed the film down, and even made Cardellini’s character seem maybe less of a good mother than she was.

Storyboards shows some PIP storyboards in comparison to the film, but don’t expect beautiful lavish illustrations here! No these are fairly crudely drawn thumbnails but they show they sat pretty close to the final film and it’s always interesting to see a director or cinematographer’s processes.

WISIA: I can 100% guarantee the next time I need to see something with Cardellini in it, I’ll watch Scooby Doo again and that’s a much better rewatcher.