The To Watch Pile would like to pass on our condolences to Stan Lee for the passing of his beloved wife Joanie. 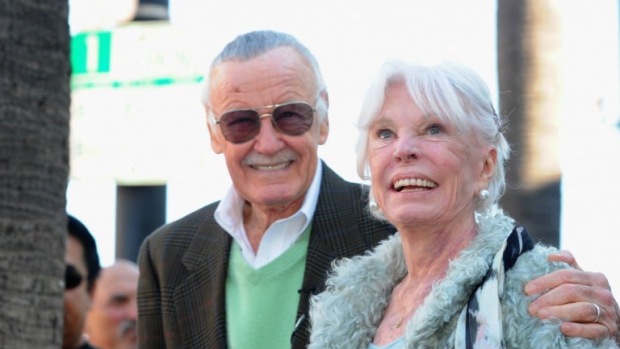 Not many people know that she was part of the inspiration to create the Fantastic Four and Spiderman as Stan was considering not doing it, but she suggested that he wants to quit comics anyway, so he may as well do what he likes, and damn the consequences. As the saying goes, behind every great man is a great woman. Stan has told this tale many times, and I myself am one of those types who owes his successes to his wife.

He, along with Jack Kirby and Steve Ditko, birthed the Marvel universe around her trust in Stan’s ideas.

I may criticise Lee on my Facebook page, but it is partially tongue in cheek, and I do believe that he and his gang, along with Julie Schwartz and Carmine Infantino over at DC, rebuilt the superhero comic into what it is today.

Joan, a former British hat model, apparently suffered with a stroke earlier this week. She is survived by Stan and their daughter, J.C.

Today was tough for this comic and music fan. I awoke to the news that Chuck Berry had passed away and though to myself, ‘well this day is gonna suck.’

Then I found out one of my comic heroes, Bernie Wrightson, had passed away from brain cancer.

Bernie was best known for his horror comics and for the co-creation, along with Len Wein, for probably the world’s most famous muck-monster, Swamp Thing, which is where I was first introduced to him. 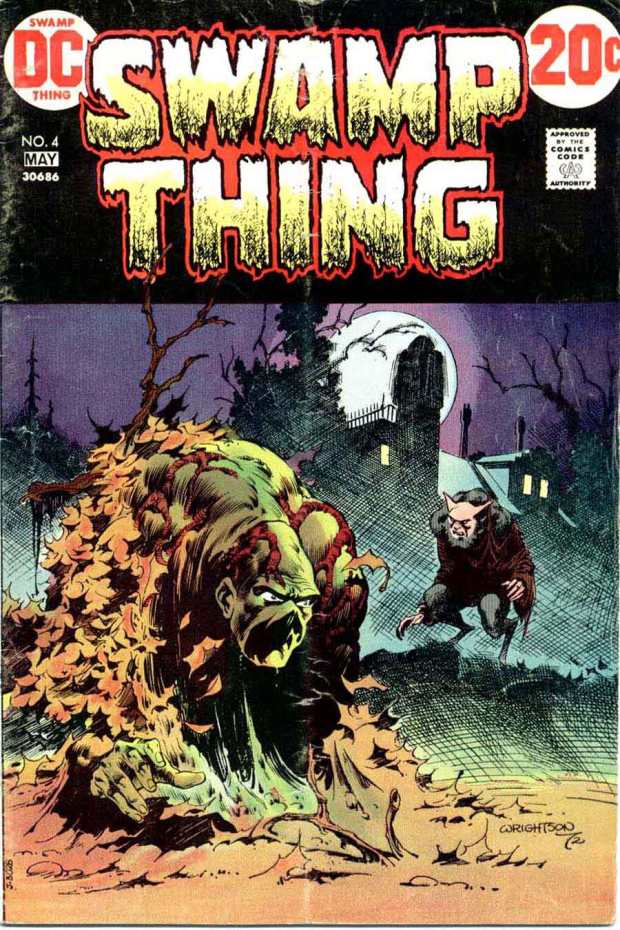 When I first became aware of Wrightson’s art, I actively pursued his comics, and at one time was listed amongst my favourite artists along with Jack Kirby, John Buscema, Harvey Kurtzman and Robert Crumb.

Some of the highlights of his career for me were his collaboration with Steven King, ‘The Cycle of the Werewolf’… 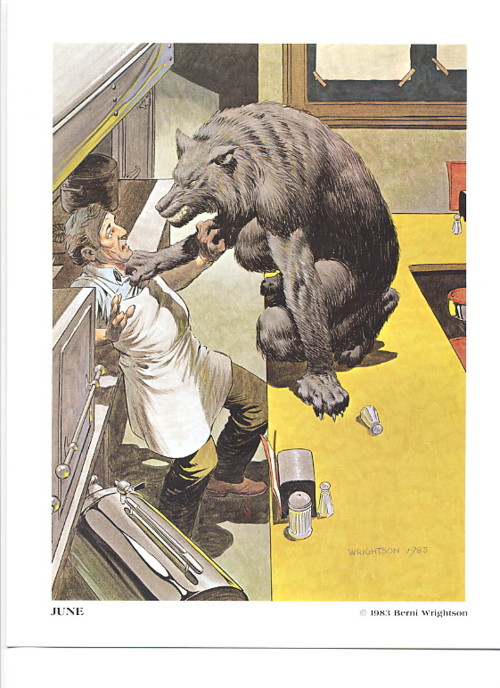 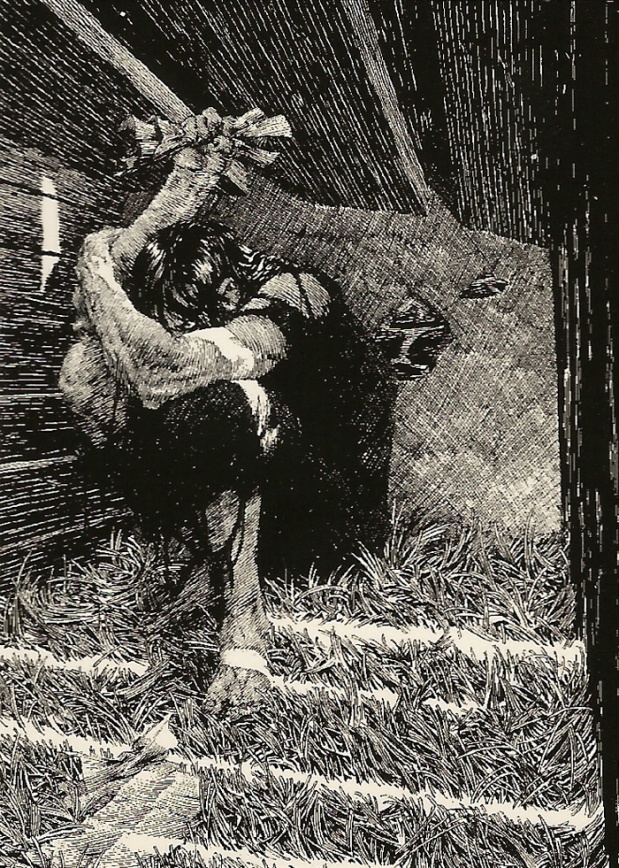 and the amazing ‘Jennifer’, written by Bruce Jones which was adapted by Dario Argento for the TV series Masters of Horror. 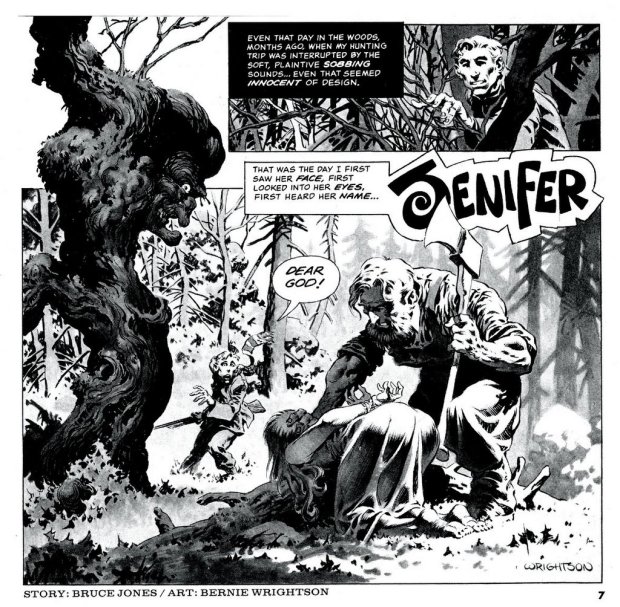 I am sure all comics fans will feel his passing along with me, and if I may, please think about donating to one of the wonderful charities that support cancer sufferers and their families, like Bear Cottage.

This one really burns me.

It is with great regret that I report the passing of actor John Hurt, aged 77. 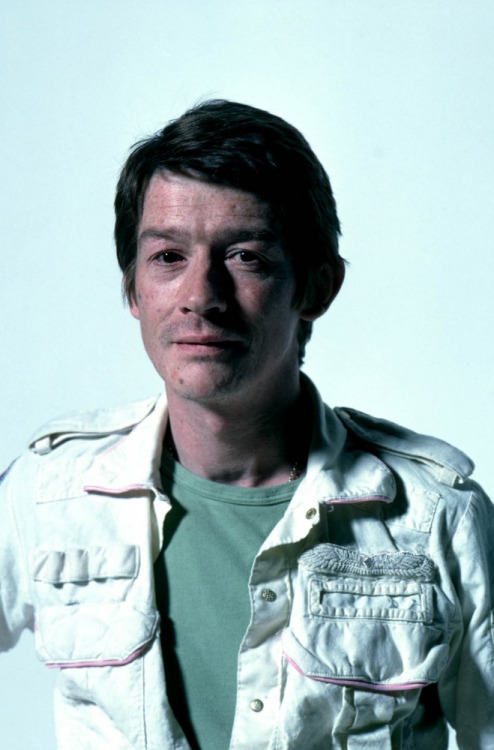 Hurt was in many film that were favourites of mine, including Alien and the Elephant Man, not to mention the role of Olivander in the Harry Potter series. 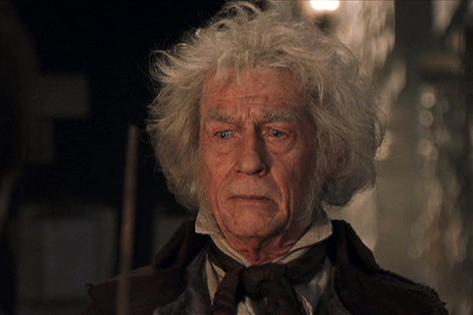 Most recently he played one of the Doctor’s non-Doctor incarnations in the TV series Doctor Who, my favourite TV show of all time. 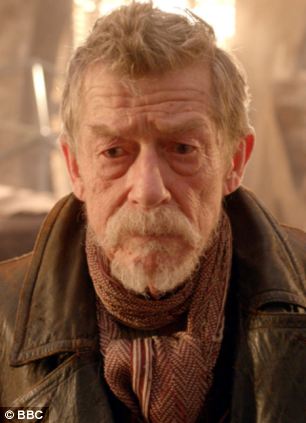 The To Watch Pile would like to pass on their condolences to his family. Cinema lost a great one today. 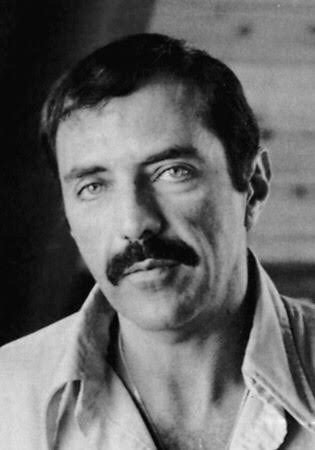 The To Watch Pile is sad to see the passing of author and filmmaker William Peter Blatty, aged 89, who wrote both the novel and the screenplay for The Exorcist, of a form of blood cancer known as multiple myeloma.

The director of The Exorcist, William Friedkin, announced his passing on Twitter.

Note: why not take a moment to look at how you can donate to cancer research, including the one Mr Blatty passed away from, by contacting the Australian Cancer Research Foundation. 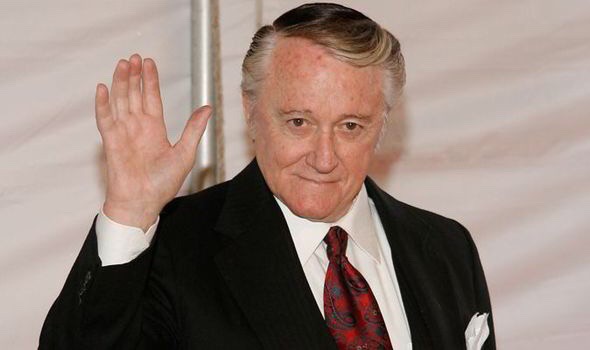 The To Watch Pile was saddened to learn of the death of actor Robert Vaughn yesterday, aged 83, after a brief battle with leukaemia.

Vaughn was in many films, including The Magnificent Seven and Bullitt, but for me he will always be the guy from The Man from U.N.C.L.E. and Battle Beyond the Stars!

The To Watch Pile would like to pass on our condolences to Mr. Vaughn’s family. 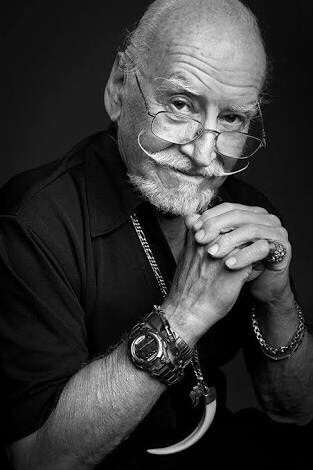 Probably not well known to your average cinema fan, Mikels, born in 1929 as Theodore Mikacevich, gave us such films as The Doll Squad, The Corpse Grinders and The Astro-Zombies.  Mikels worked on many aspects of his films, from director to writer to actor to cinematographer,and he started his career in filmmaking in 1963 and worked even to this year when he wrote and directed Ten Violent Women: Part Two, a sequel to his 1982 film Ten Violent Women.

Whilst his films may not necessarily been technically brilliant, they showed  a passion for the art form, which is far more impressive than any big-budget blockbuster that has just as much money spent on its advertising to make sure everyone gets their butts into cinemas.

It’s one of those days when you know as soon as you wake up that the rest of the day is going to suck.
The first thing on all of my various news feeds today was that of the passing of filmmaker, Herschell Gordon (H. G.) Lewis, aged 87. 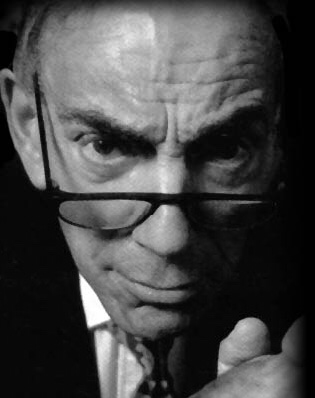 H.G. Lewis started in cinema producing exploitation and nudie cuties, like Goldilocks and the Three Bares and The Adventures of Lucky Pierre, soon turning to horror, making violent and bloody films like Blood Feast and The Wizard of Gore; films which earned him the title of The Godfather of Gore.
His first film career went from 1961 to1972, after which he started a new career in advertising in which he wrote many books on the subject.

In 2002 he returned to filmmaking with Blood Feast 2: All You Can Eat and worked in and around the production of films until his death.

My first exposure to Lewis was with novelisations of 2,000 Maniacs and Blood Feast, but I didn’t actually get to see any of his films until the early 2000s when I first picked up DVD releases from Something Weird Video and I was immediately hooked. His films have an odd innocence that films of the 60s feel like they have mixed with a touch of nudity and a bucket of blood and guts.
Something Weird Video also have an excellent documentary about him that I can’t recommend enough. This, and his other films are available here! 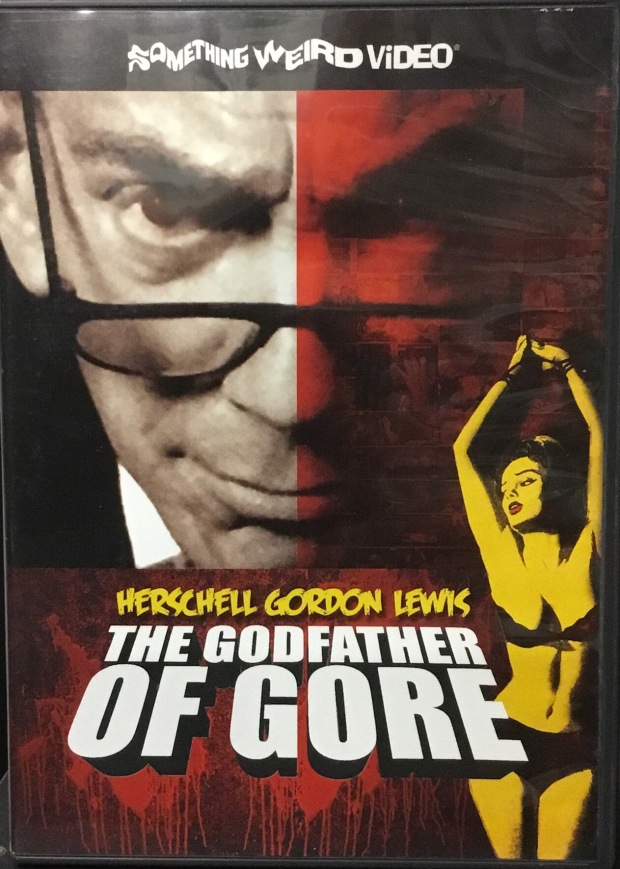 R. I. P. Mr. Lewis, thanks for making us gorehounds! 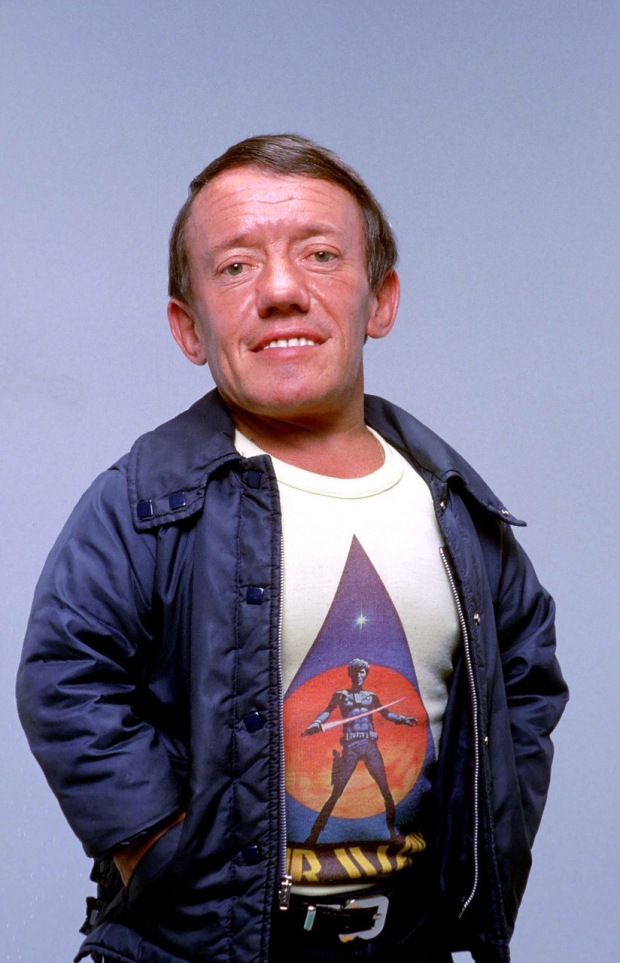 Sadly today we lost Kenny Baker, aged 81, best known for his performance as R2-D2 in six Star Wars films, and was also in films such as The Elephant Man, Flash Gordon and one of my favourite, Time Bandits. He died after an extended illness.

Rest in Peace, Kenny, may your spirit soar like the imaginations you inspired. 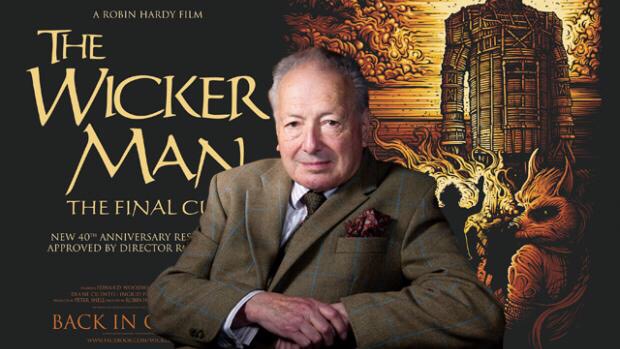 2016 has been full of tragic celebrity deaths, but this one hits me more than the others.

Robin Hardy, writer/ director of one of the finest horror movies ever made, has died, aged 86.

When I first saw The Wicker Man, I was astounded by the sublime horror that was presented to me, very deliberate and carefully crafted. It wove a tale that gently creeps into your subconscious and challenges themes of belief and perspective.

Hardy also made The Fantasist and The Wicker Man sequel, The Wicker Tree, and was working on a third Wicker Man tale which tragically we will never get to see.

The To Watch Pile would like to send our condolences to Mr. Harry’s family, and would like to thank him for one of the finest pieces of cinema ever made.

Sadly, the To Watch Pile has to report of the tragic death of actor Anton Yelchin. 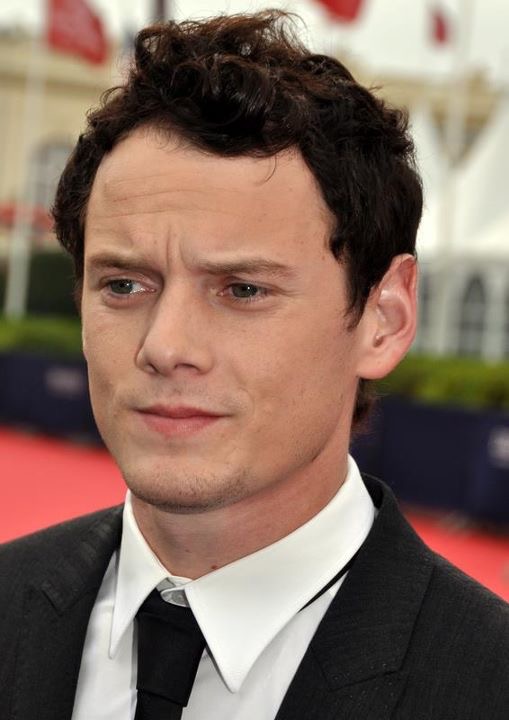 Yelchin was best known as Chekov in the re-imagining of the original Star Trek series, but horror fans would also know him from zom-rom-com Burying the Ex, the remake of Fright Night and his recasting of Kyle Reese in Terminator Salvation.

Oddly, just this morning I was watching an interview by Norm from Adam Savage’s Tested with Zachary Quinto, Chris Pine and Karl Urban, and they were talking about how the Star Trek family felt like a ‘real’ family. The To Watch Pile would like to extend our condolences to both Yelchin’s real and extended Star Trek family at this difficult time.