Film: To say that the ghost stories of Montague R. James are well respected is possibly an understatement. The very fact that a type of horror story is referred to as Jamesian should underline that fact. The Jamesian story type is a path well trod not just by writers, but by filmmakers as well. The Jamesian method has three main features: the story takes place in a small, generally English, community or perhaps a University or other place of learning, it has a sceptical scholar as it’s protagonist and some sort of cursed tome that effects either ghosts of demons.

It’s appropriate for a film to use the Jamesian method too. To have a protagonist in the film who has to have a lot of the environments or traditions of a location or society explained to them makes for an easy way for the viewer to comprehend as well, and it also works for the big reveal if the society has a hidden secret. This method also works well in science fiction to explain more high concept stuff, like in The Last Starfighter or even Star Wars, as Luke need the ways of the grater world explained to him.

This movie, Night of the Demon, is based on one of James’ works, ‘Casting the Runes’, and was adored by Charles Bennett, who also wrote The Lost World and Voyage to the Bottom of the Sea, and was directed by Jacques Tourneur, who directed The Comedy of Errors and I Walked With a Zombie. It had a difficult release as the producer Hal E. Chester wanted a visual representation of the demon onscreen, where as Tourneur and Bennett wanted to avoid that. The film had two releases, one which was cut by a full 10 minutes and titles “Curse of the Demon’, but here was have the full, 95 minute version on Bluray from Cinema Cult.

Karswell obviously objects to Holden’s interference, and slips a curse onto his person, one which will cause him to be visited by a demon and murdered at a particular time and date.

Of course, Holden thinks this is a pile of hoo-ha, and even at the insistence of Harrjngton’s niece, Joanna (Peggy Cummins) who is investigating her uncles death, he still remains an unbeliever… even as the evidence for the curse gets more and more apparent! Will he survive the curse? Does it even exist?

Obviously a film of this generation has several elements that a modern film fan may not like. The acting is very ‘on stage’ and ‘performancey’ (you know what I mean, it’s very vaudevillian), the effects are very low-key, but for their time they look fantastic, well, until you get to the silly looking demon, but the silliness of his look adds to the charm of the whole thing.

The story, with its aforementioned ‘Jamesian’ influences, is great. The slow reveals are paced so well, and every introduction of a new character adds to the fun. Even better, the bad guy is announced from the very start so there is no deception, and his intentions are always clear, but how will he get away with his shenanigans, and how far he’ll go are where the expanding story sits.

Trigger warning: there is an Indian character who may not sit well with some as the part is played by Caucasian actor, Peter Elliot. It’s not a dealbreaker, but some may find it offensive.

This is a great film, and a worthy addition to any horror fans collection. Best thing about this edition is that the Cinema Cult edition cover has ‘85 minutes runtime’ on it, meaning it’s the cut ‘Curse of the Demon’ version, but it actually is the uncut ‘Night…’ version.

Extras: Not a sausage.

WISIA: It a great film, so definitely.

One from the to watch pile…
Gnome Alone aka Legend (2015) 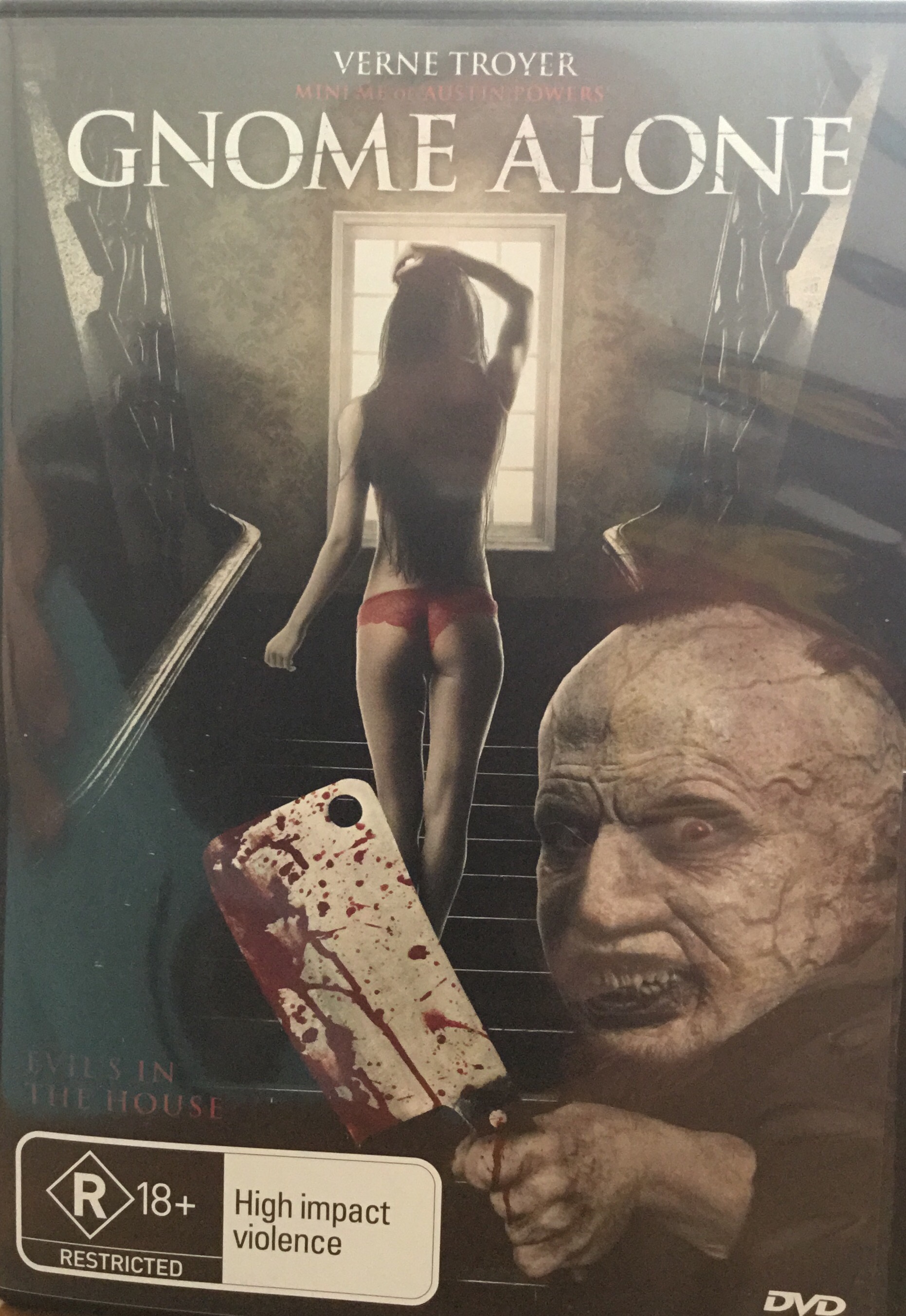 Film: In the 90s there was this brief horrible period of horror movie-dom where it seemed every studio was trying to replicate the big franchises of the 80s like the Friday the 13ths and the Nightmare on Elm Streets.

Particularly the Nightmare on Elm Streets.

For a brief moment, glib one liners and ironic deaths were all the rage, and unfortunately, the makers of this film have decided that they should make a comeback. Something in which I firmly disagree. As much as I love Freddy, I prefer a more machine like, less chatty killer. I mean, a subtle threat here and there is one thing, but amusing taunts are another. 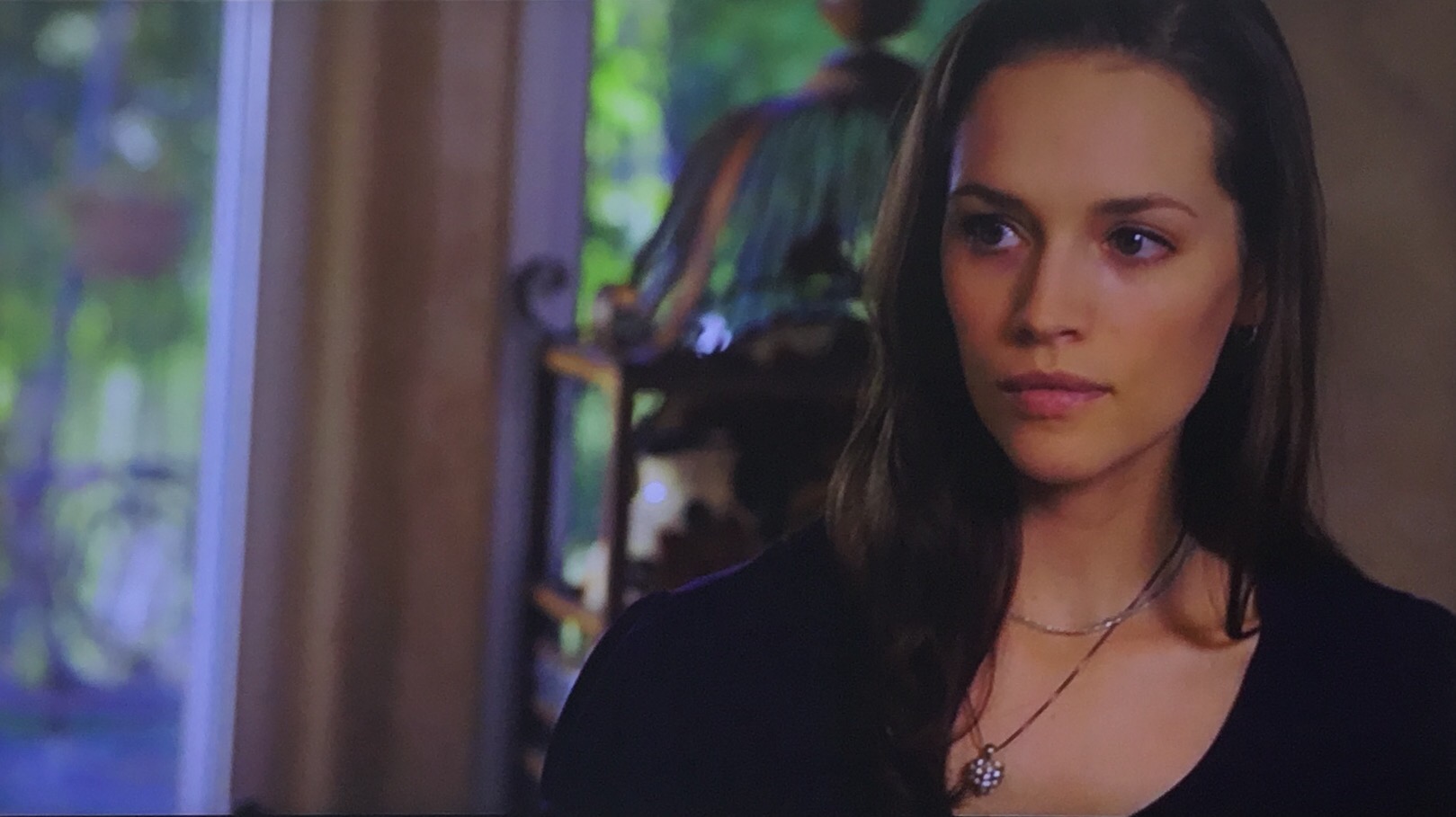 Gnome Alone tells the tale of Zoe (Kerry Knuppe), who has a hard life. Other kids at school pick on her, her teacher make humiliating advances on her in front of other students, her step-dad is molesting her and her late night job is unpleasant.

One night, a homeless lady, Ms. Mae (Willow Hale) who is a customer of the shop Zoe works in, is beaten up by a couple of local thugs but they, and we, the viewers, find out quickly that she has a curse where anyone who crosses her, gets their just desserts at the hand of a gnome (Verne Troyer).

Unfortunately for both Zoe and Ms. Mae, Ms. Mae dies after being hit by a car, and the gnome, who took a liking to Zoe, passes the curse on to her. Now whenever Zoe makes an idle threat, it comes horribly true!

The police start investigating some of the deaths and find the common denominator is Zoe, and they start to close in…

I have to say that I enjoyed pretty much well nothing about this film. The quips from the gnome were obvious and terrible, the effects average and the acting was of high school musical standards…and I don’t mean the movie High School Musical: that acting was fine in comparison.

Verne Troyer plays the gnome like some kind of bizarre, and I hate to say it, Mini-me version of Freddy Krueger, but latter day Freddy with the bad puns and stupid asides. Most of his scenes seem to be shot separately and edited together to look like he is there, as he doesn’t actually interact frequently with many other cast members.

For me though, I feel sorry for Kerry Knuppe. Her acting ability seems to be leaps and bounds ahead of others in this film, and at times she almost looks like she is waiting for the people acting opposite to raise their games, but it never happens.

I’m not sure what the director was trying to do with some of the decisions made in this film either. For example, the female teacher, who is nothing short of a sexual predator on her students, is shown in a scene that makes her affair with a female student appear to be sexy. I’m not so sure it is.

That’s not to mention that police procedures that have been around for years, you know, like a little thing called ‘evidence’, have been thrown out the window in place of assumptions and bullying, and it’s quite hard for me to swallow a movie that shows all the police as buffoons. If you are making a film about corrupt cops, that’s one thing, but to have your entire police force in that manner in a film is just bad scriptwriting.

I paid $6.98 for this film at JB Hifi’s Halloween horror movie sale and was overcharged by about $111.68. Avoid like a herpes milkshake.

Format: It’s one thing to make a shitty movie, but another to release it in a poor manner is unforgivable. This Australian, region 4 DVD release of the film runs for approximately 90 minutes (the cover says 85 minutes, but it’s wrong… another unforgivable crime). The film is presented in a 16:9 video of varying quality, mostly too dark, and in a Dolby Digital 5.1 audio that is far too quiet at some points. I’m not sure if that’s the film quality or the mastering of the disc, but it’s still pretty poor.

Extras: Nothing to see here, move along…

WISIA: I doubt very much if this film will ever see the light of day in my house ever again. 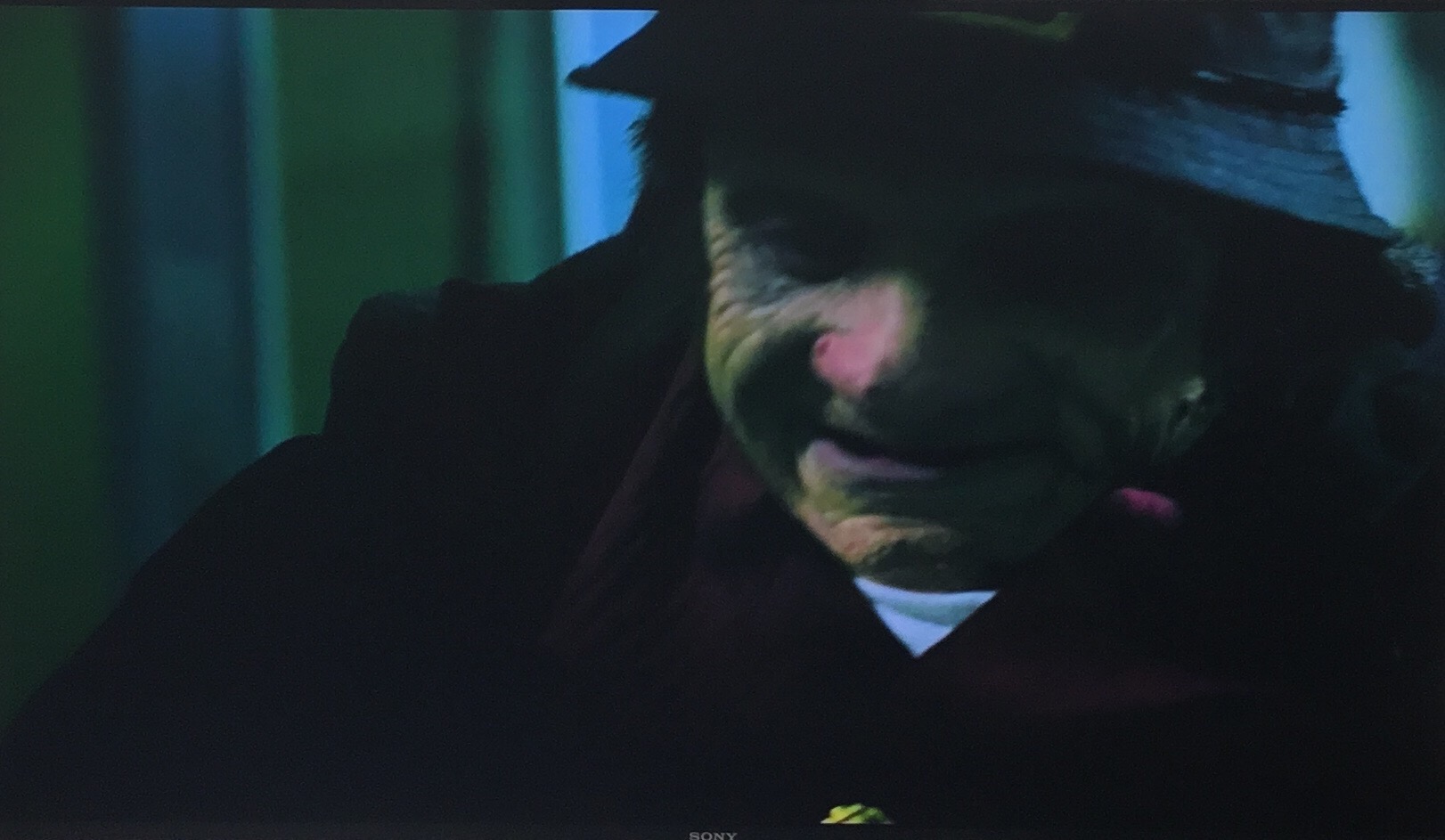