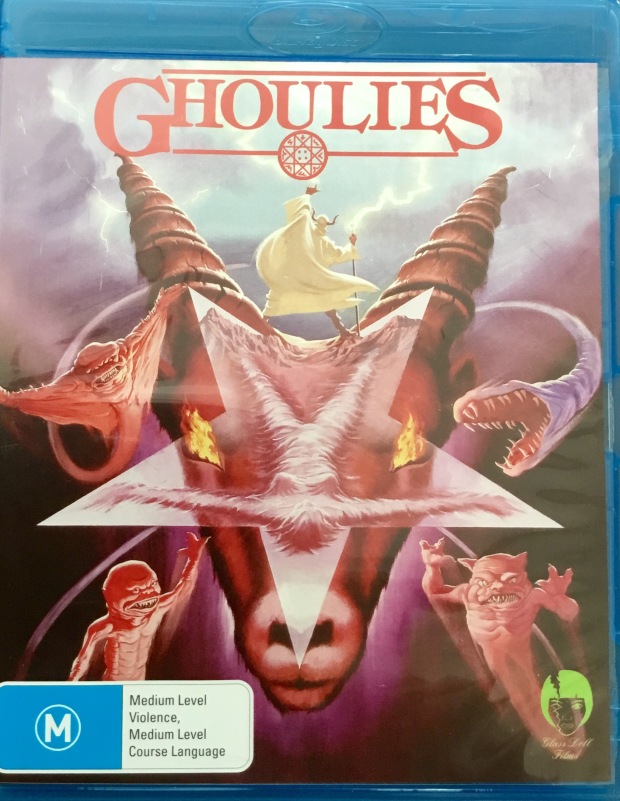 The bluray cover to Glass Doll Films release of Ghoulies

Film: If you’ve read other reviews I’ve written on this site, you may have come to the conclusion that my favourite horror movies come from the 80s, and that conclusion is correct. All the films I truly love are circa 1979 to 1986, and Ghoulies is one which whilst I am not a huge fan of, I do think is a fun film to watch.

Little monster movies were a cool fad of my beloved horror period, and this film was one amongst those, along with Gremlins and Troll. Ghoulies was written and directed by Luca Bercovici, who is possibly better known as an actor, judging by his actor credits.

Our story starts with baby Jonathon (played as an adult by Peter Liapis), being spirited away from his cult leader father, Michael Graves (Michael Des Barres) by cult member Wolfgang (Jack Nance) after a his sacrifice is unsuccessful.

25 years later, Jonathon returns to the house, with his girlfriend, Rebecca (Lisa Pelikan) after his father’s death and decides to quit university to restore the old place. In his cleaning of the house though, he discovers an old book which he is drawn to and he seemingly knows how to cast the spells written within instinctively. 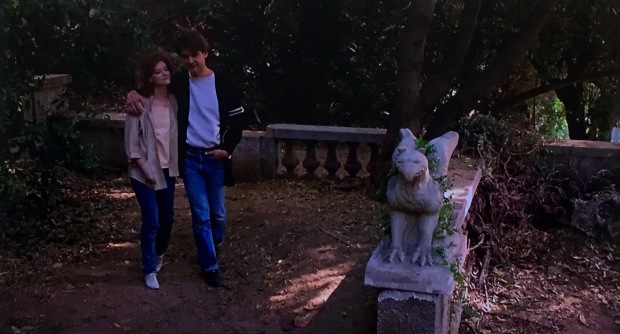 Lisa Pelikan and Peter Liapis as the young lovers.

Quickly, he calls up a bunch of ‘ghoulies’, two of which, Grizzel (Peter Riche) and Greedigut (Tamara De Treaux) who inform him that if he want that which he craves, enlightenment and power, he needs to complete a ritual which will require the assistance of 7 of his friends, but will all of them survive the night?

This is 80s cheesy filming at its very cheesiest. All the staples of horror and ‘horror comedies’ of the time are present: the stoners, the awkward guy, the guy who thinks he’s cool but isn’t and a bunch of canon fodder disguised as flirty girls, including an early appearance of SVU’s Mariska Hargitay.

The misstep this film makes is the appearance of the Ghoulies and of Grizzel and Greedigut. This story is actually a pretty cool supernatural tale, but the addition of special effects artist John Carl Buechler’s pretty poorly designed puppets and the little people actors who look more like they should be in Willow than here detract from what could be an amazing movie. I also must say for the period, the lack of nudity is unusual for a film of this low caliber.

They are my only complaints though. The movie is quite short so at no time are you bored, and it is quite imaginatively filmed, so except for those dodgy effects, it does entertain. 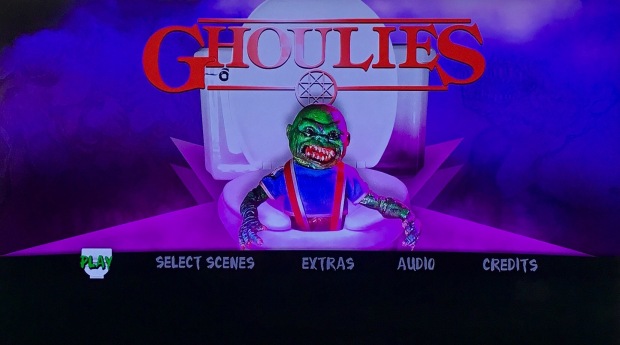 Format: This review was performed with the Australian Glass Doll Films region B Bluray release which runs for approximately 81 minutes, and is presented in a clear, though occasionally artefact-y image 1.85:1 with a crisp Dolby DTS-HD audio track.

Extras: There’s a bunch of cool extras on this disc:

First there is a great commentary featuring Luca Bercovici, hosted by film historian Jason Andreasson which really tells some great behind the scenes stories.

The Mind is a Terrible Thing to Waste – an Interview with Scott Thomson sees Thomson, who played Mike, recall anecdotes and musings on the making of the film.

“Just ‘Cos of the Chick, Man” – with Luca Bercovici sees Bercovici, the writer/ director of Ghoulies, discuss his career in multiple roles in cinema, from dialogue coach to actor to writer.

Editing an Empire – An Interview With Ted Nicolau sees editor of Ghoulies Nicolau reflect on his career.

It’s an interesting collection of interviews which when all watching one after the other, don’t paint the prettiest picture of Charles Band.

There is also in informative booklet about the film by Dave Jay, and the cover is reversible, with the orphan poster on one side, and some cool fresh art on the other. 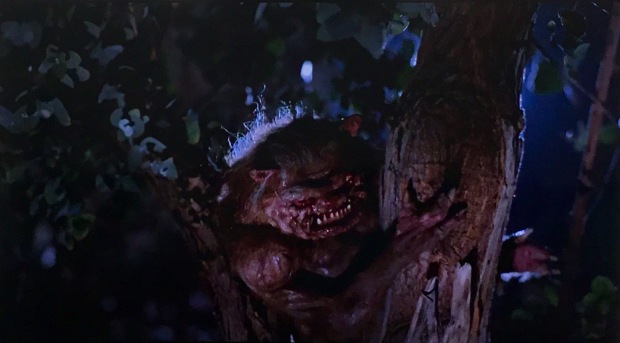 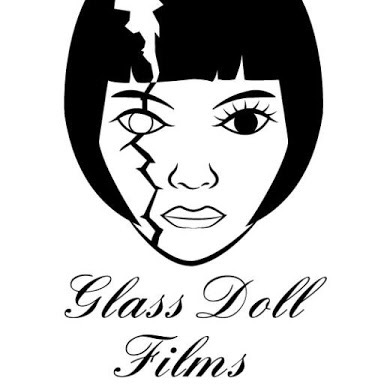 Some great news from the Glass Doll Film company and we here at the To Watch Pile have an exclusive just for you DVD and film collectors who have been impressed with their releases so far.

Glass Doll Films Pty Ltd have acquired Siren Visual Enterainment and their entire catalogue of anime and the odd horror and thriller (including Cannibal Holocaust and Manhunter). For how good their efforts have been so far (see my review of Dead Kids right here on this very site) this is great news, and we here at the To Watch Pile wish them all the best in this extension of their business. 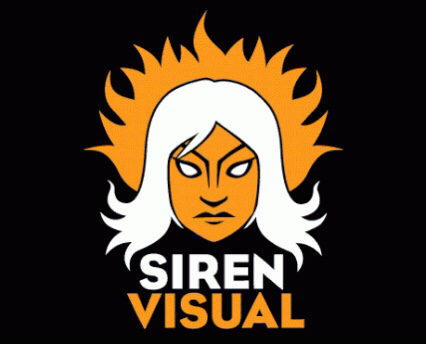 Their wares can be found at these addresses: 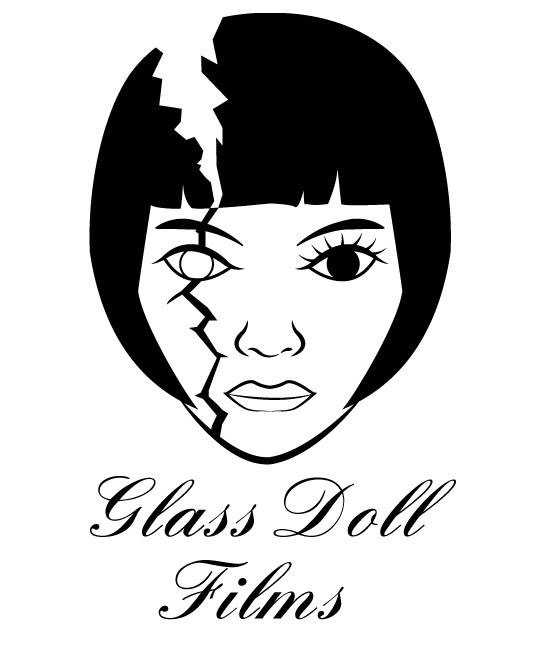 Australian newcomers Glass Doll Films have burst onto the scene with some really cool local releases of films like Eaten Alive, Dead Kids (reviewed here at The To Watch Pile a few weeks ago), The Centrefold Girls, Bonnie’s Kids and Christmas Evil all on bluray.

Monday 18th April 2016 will see another exciting release in store: cult classic Class of ’84… One of my personal favourites from the VHS age! 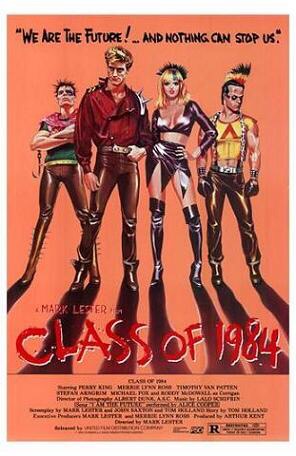 They have some amazing future releases as well: Ghoulies is coming out in July… 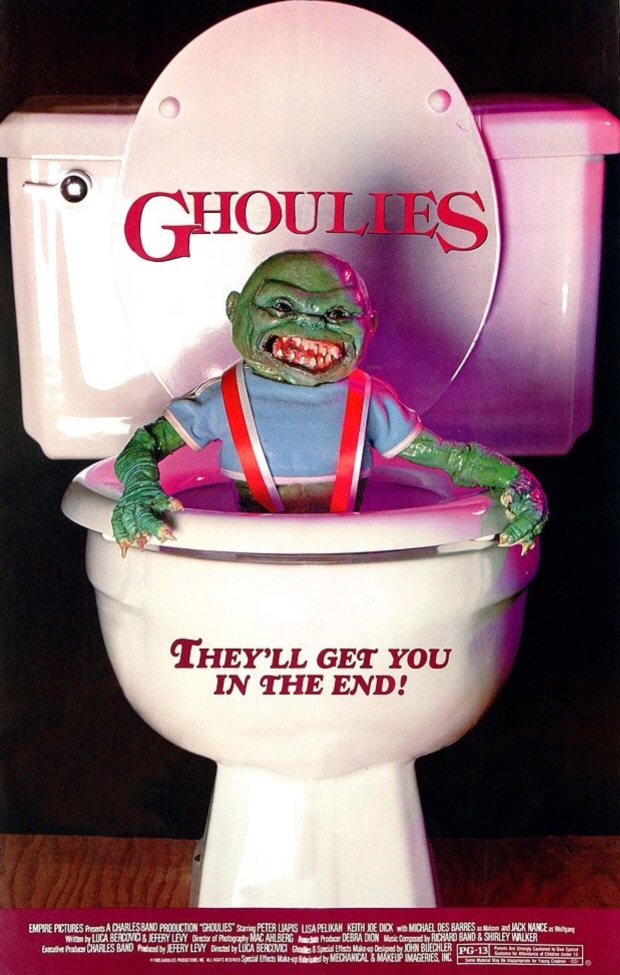 …and August will see a double threat release of Ghoulies II and Neon Maniacs!! 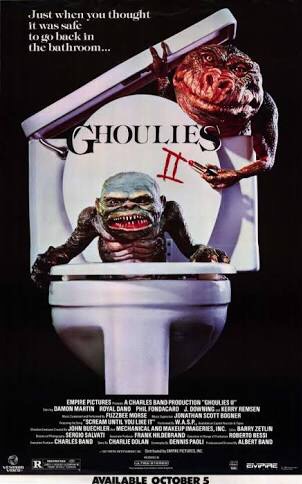 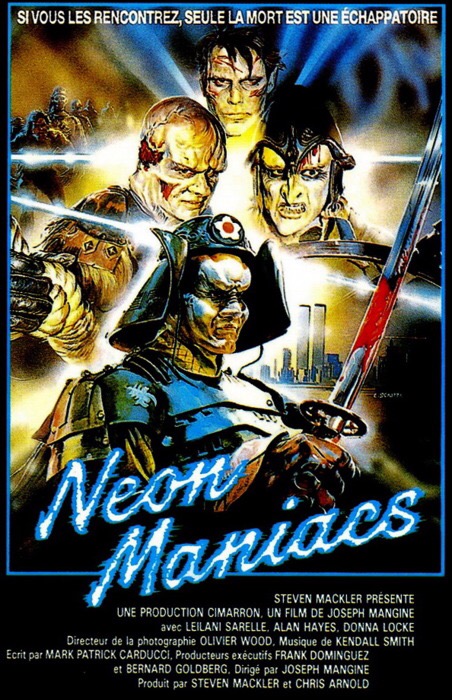 Cult movie fans will be stoked for those releases, and no doubt more amazing releases will be forthcoming!!

Glass Doll Films online store can be found at http://glassdollfilms.bigcartel.com . Make sure you get behind another great local Australian company trying to make our DVD and bluray collections great!

One from the rewatch pile…
Dead Kids 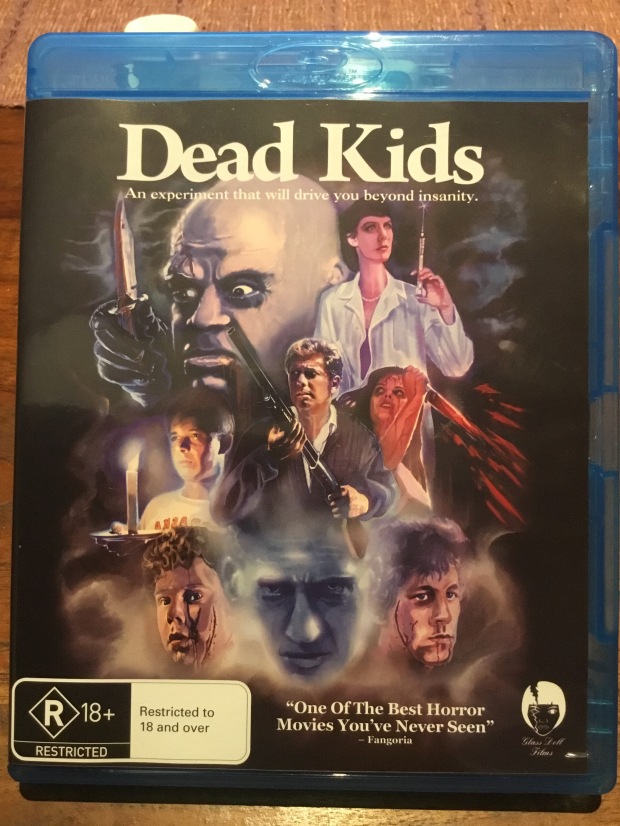 Film: Growing up in the VHS era was awesome. To actually have movies that you could play whenever you wanted in your home was a revelation. I loved monsters already, from Famous Monsters, Marvel and DC comics, Saturday afternoon Godzilla flicks and late night creature features, but to be able to watch horror movie whenever I wanted was a revelation.

When I turned 16, I managed to secure a job as the afternoon clerk… I called myself ‘manager’… of a video shop in the NSW suburb of Sylvania. Basically my job was to receive returns from the Saturday night hires as very few actually rented on a Sunday afternoon.

I didn’t see that as my job: I saw it as being paid $30 to watch whatever horror films I wanted to, and during my time there, there were a few films that I always put on in the afternoon: Dawn of the Dead, The Neverdead (aka Phantasm), Dead and Buried and this film, Dead Kids (also called Strange Behaviour by countries who don’t think Dead Kids is the BEST exploitation title ever!)

Dead Kids was filmed in New Zealand, written by William Condon (who is also the first victim in the film) and Michael Laughlin, who also directs. The film was produced by Antony I. Ginnane and John Barnett, but don’t let that or the filming location fool you into thinking this is an ‘Aussie’ film. The film is based in an American country town, and NZ seems to act the part quite well.

Dead Kids tells of police chief John Brady (Michael Murphy) who is dropped into the middle of a series of murders that a small town like his has never seen before. About this time, his son, Peter (Dan Shor) volunteers to take place in a series of behavioural experiments made by a local psychology research institute, associated with the university, but do the two things have anything in common? Many locals have volunteered for these experiments, and maybe research lead Dr Parkinson (Fiona Lewis) has something to hide…

This film has a likeable cast. Dan Shor is charmingly cheeky, his best friend, played by Marc McClure, is a great foil for him, and they seem like real school mates. Shor’s love interest, played by Dey Young is delightfully flirty, and her boss, the mysterious Dr Parkinson, is played by Fiona Lewis with a cool sexuality that is breathtaking. The inclusion of Arthur Dignam is a fun addition too, as is Louise Fletcher as the police chief’s bubbly love interest. The only cast member who seems to be a little out of sorts is Michael Murphy, who is in an apparent state of ‘what the Hell is happening’ through the whole film.

Not a pillar of police investigative powers, for sure.

The films direction is beautiful. Laughlin has created a minimalistic look on the panoramic scenes that gives the immediate feeling of the remoteness of the town, but keeps the intimate scenes crowded and claustrophobic.

A special shout out has to go to the dance sequence… Yes, the DANCE sequence that takes place at a party when one of the victims is murdered. A catchy song danced to by a bunch of people dressed in weird TV series costumes… Odd, and brilliant!

It’s not a perfect film, far from it actually!! Flawed dubbing, dubious motives, blood effects that don’t quite go off as well as they should and an ending that really doesn’t hold up under too much scrutiny, but for me it has a charm that may be due to my personal nostalgia for it, but whatever it is, I love it like a brother.

Format: This release is the Australian, region B release from industry newcomer Glass Doll Films, who in their short career have released some genre classics like Eaten Alive and The Centrefold Girls, and are quickly becoming my favourite! This feature runs for 99 minutes and the picture quality of the 2.35:1 image is really clear and vibrant. The audio is presented in DTS-HD Master Audio Mono and is of a particularly high quality too. 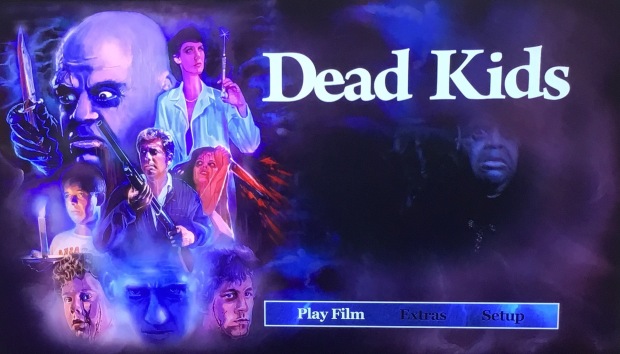 Some pretty cool extras on this disc.

First we have two audio commentaries, one (via Skype, which makes it a little tinny) with Director Michael Laughlin, which seems more like an interview edited into the film rather than an ACTUAL commentary which causes it to be quite sporadic, and the other with co-writer Bill Condon and actors Dan Shor and Dey Young, which is far more animated and fun and funny!

The Effects of Strange Behaviour is an interview with Makes up effects artist Craig Reardon where he discusses how he ended up on and what effects were used in Dead Kids.

A Very Delicious Conversation with Dan Shor is a really awesome interview with Shor where he presents his entire career whist sitting on a bench in New York. It’s a fascinating extra, especially if, like me, you don’t know much about Shor. I must admit to having to watch it twice as I was, for a second, distracted by a squirrel in the background. I’ve never been to New York and didn’t realise that squirrels were SO prevalent.. I mean, you see them always in the movies, but you don’t expect that to necessarily be a real thing.

The disc also has a isolated score track by Tangerine Dream. The score is actually really good, but it is so sparse in the film that you spend several minutes at a time watching people’s mouths moving with no sound between the music pieces.

There is also an interesting booklet, written by John Harrison, which explores the film, that has some great behind the scenes pics.

WISIA: Of course it has rewatchability: I’ve owned this film on every format that it been released upon in Australia!! I love it and Glass Doll have my eternal gratitude for taking so much care of the Australian release.