So today I grabbed one of these beauties: 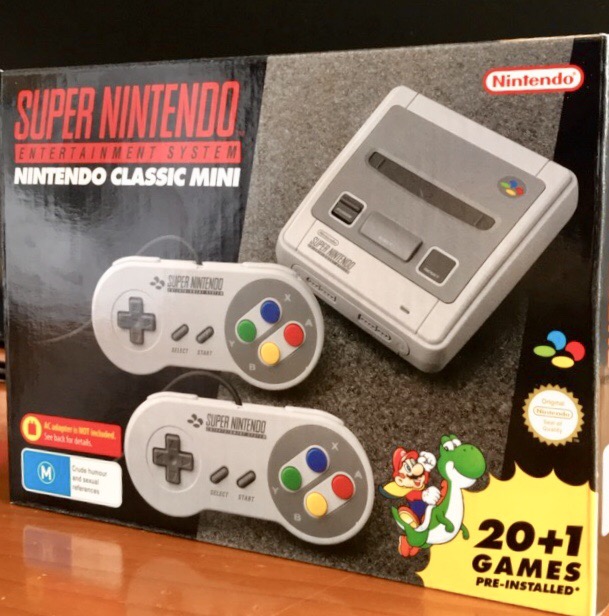 The Super Nintendo Mini! I preordered it several weeks ago, actually upon announcement, as this was my favourite video game system of all time. 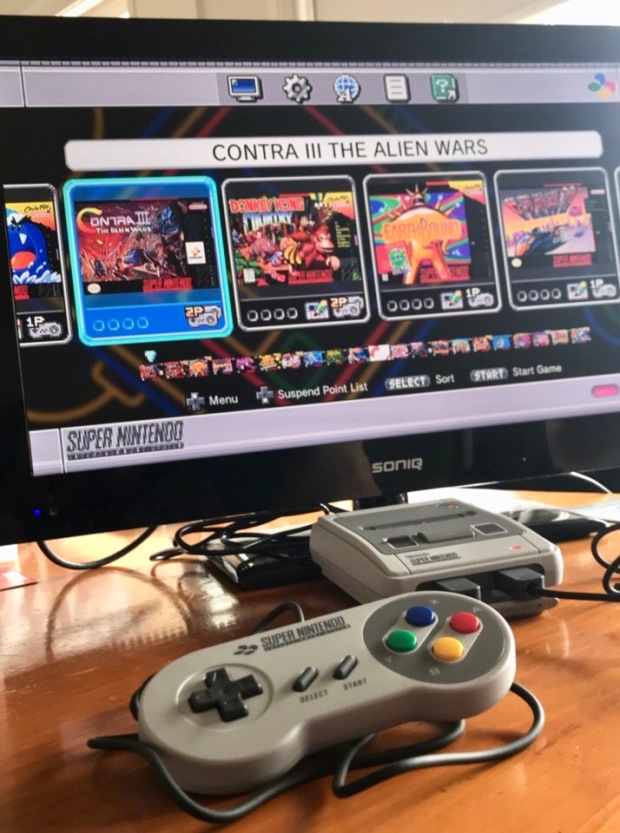 I’ve only hooked it up to a little Sonic TV and I’ve played almost all of the 21 games, I leave the RPGs to a later date, but the unit is cute, about ten cm square and 5 or 6 cm high, but the controllers feel like they are the same size as the old ones. I bought it so I could play Super Mario and Mario Kart again, but was thrilled to find that a couple of frustrating old favs in the horror/ science fiction genre have made it on as well.

The awesome sideways scrolling…. actually, these three all are…. beat em up/ shoot em up Castlevania IV where you are making your way through a map slowly taking on harder and harder villains and obstacles.

Next is Super Ghouls and Ghosts:

Super Ghouls n Ghosts was a classic arcade game and it’s still fun and frustrating and features a brave knight in a fight against zombies, werewolves and other supernatural beasties.

Last but not least was the game Contra III: The Alien Wars

Contra III is another similar style of game but can be for two players simultaneously as two tough guys are up against an alien invasion.

So what did I think of the unit? Well, I’m not a retro gamer in the slightest and even though I appreciate the look back at the past and the fun that I had with these games, especially things like Starfox and Street Fighter in addition to the ones I mentioned above, but I’d rather super cool, realistic graphics and online connectivity with my gaming. Sure this was fun, but we certainly live in a better time for gaming now!

It’s a fun distraction, but I don’t see myself playing it for a great deal of time.